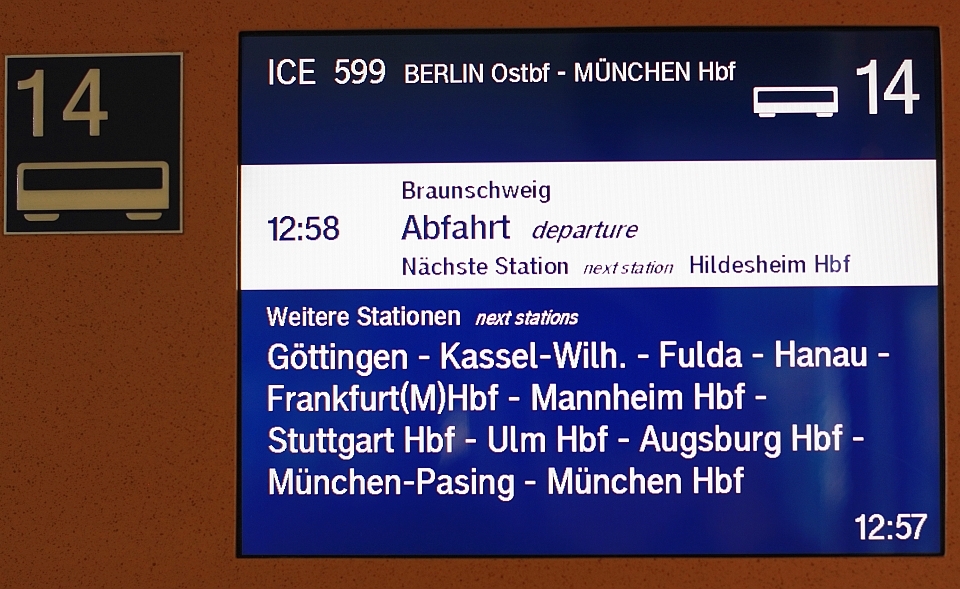 It’s only been thirty minutes since leaving the nation’s capital. I can’t sit still and chill for the four hours on the I-C-E (eee-sea-aay).

I’m on board Germany’s Inter City Express train 599, from Berlin to Frankfurt1. The information monitor is helpfully providing friendly reminders and relevant details, including the next station and the train’s present speed. The train glides at 200 kilometres per hour with the landscape whizzing by to say “look, you’re moving quickly!” But it feels like I’m standing still.

The features outside approach quickly along a straight stretch of track, and what’s closest rushes by in bunches and blurs, filled with sinuous streaks of colour. My eyes sweep across the landscape, further beyond to the horizon. Leaning against the window, I bring my camera up then down, with intermittent presses of the shutter button. As soon as I’ve figured something out in the distance, it’s gone in an instant. I can only spare a moment to mourn the “loss”, because there’s something new to come along around the next bend.

The constant gentle “clickety-clack” accompanies the regularity of the scenery: green pastures and fields, gentle rolling hills, forested valleys. Maybe I’ll freeze something of value, another memory solid enough to take away with me when I fly out from Frankfurt to the North American side of the big eastern pond.

This I-C-E route passes close to the geographical heart of the country. But I’m afraid it’s my own heart that’s getting cold. Every moment takes me farther away from her, missing her with intensity that grows with increasing distance.

This is my place, she is my home. I’m coming back; I promise. 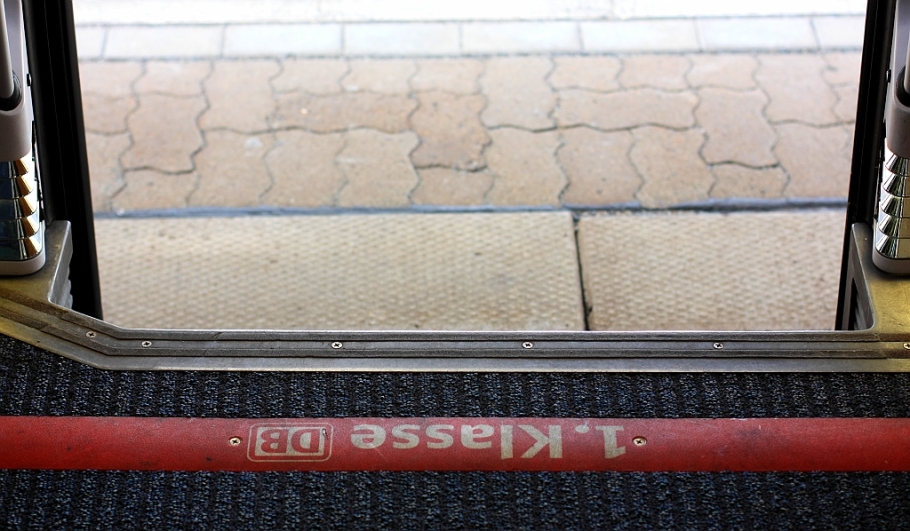 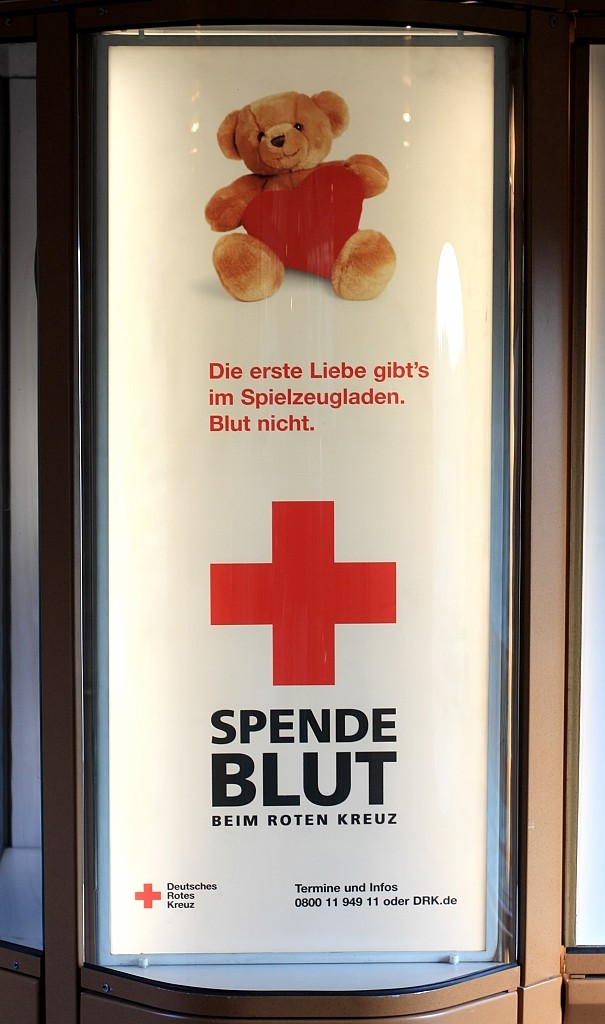 All my trees in a line 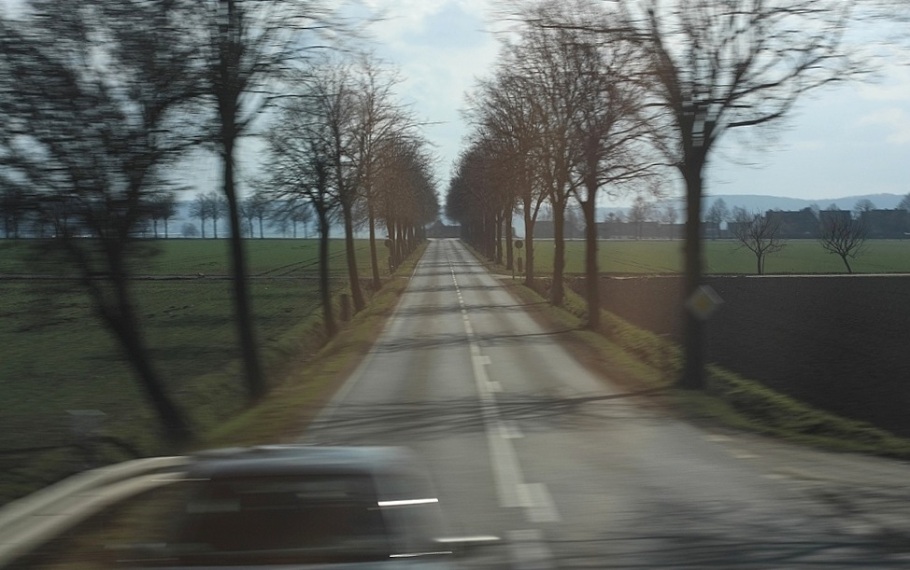 Life in a small-town 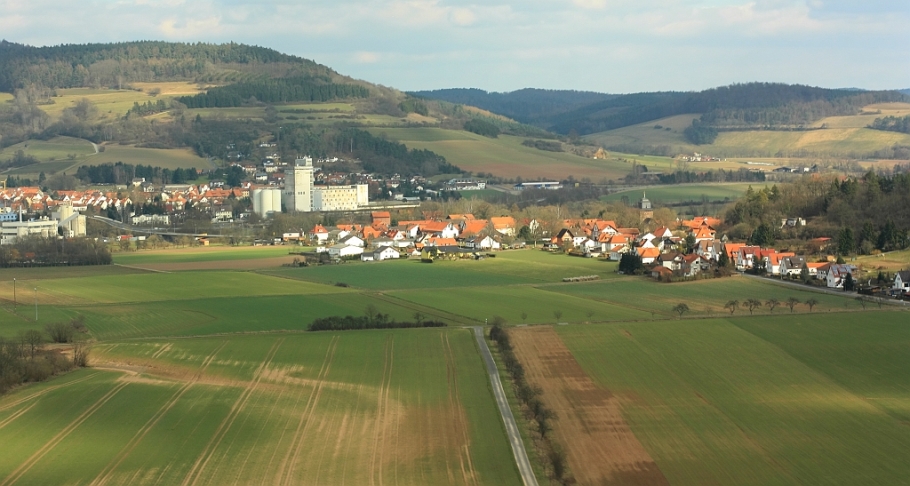 Between Kassel and Fulda 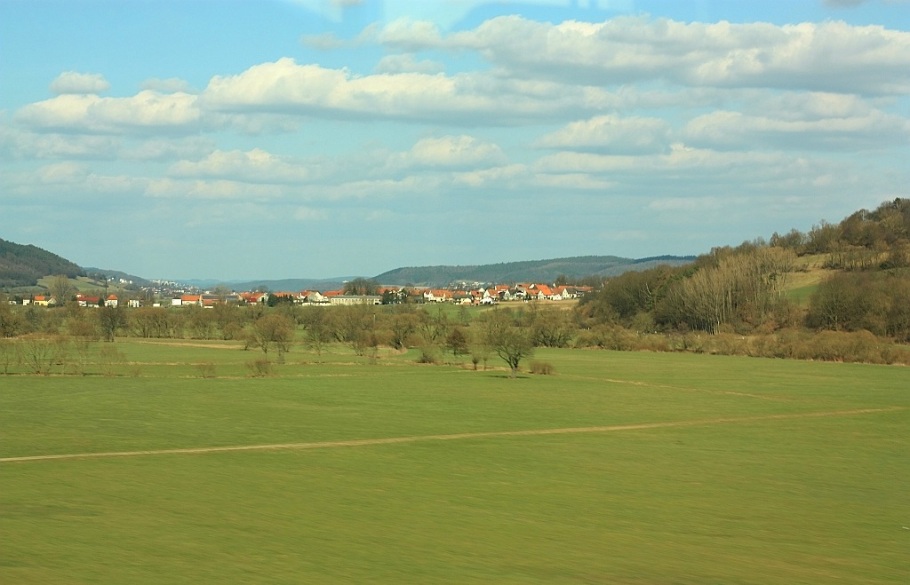 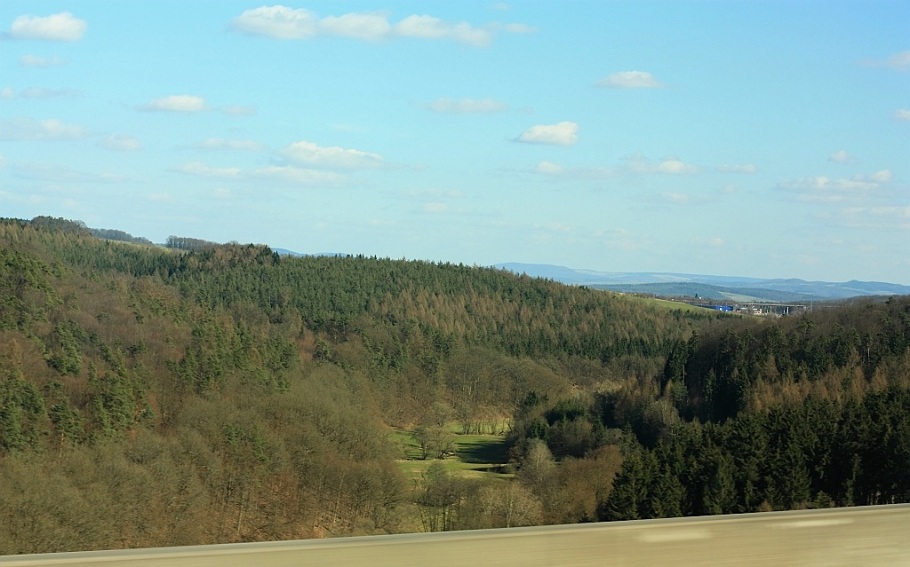 1 Deutsche Bahn’s InterCity Express (ICE) route number 599 is a high-speed train service from Berlin to Munich via Frankfurt. The train begins in Berlin, with stops at Braunschweig, Hildesheim, Göttingen, Kassel-Wilhelmshöhe, Fulda, Hanau, Frankfurt am Main, and beyond to München. The stretch between Berlin and Frankfurt lasts just over four hours for a distance of about 580 kilometres.

I made the photos above in March and September 2011. This post appears on Fotoeins Fotopress at fotoeins.com as http://wp.me/p1BIdT-4Sk.