Gems: precious stones, sparkly and shiny on sight, cool to touch, and generally very expensive to own. To view these jewels in a museum or gallery, for example, the approach would be done quietly and carefully, behind a variety of security screens.

“Hidden gems” at a given location describe special or unusual activities, sights, or restaurants visitors may not initially be aware. Truth is, “gems” are known to residents, they’re easily accessible, and they’re out in plain sight. As long as you’re paying attention, those “hidden gems” can become something entirely different.

The present post is on the city of Munich.

At one time I protested:

There’s nothing wrong with the raging keggers and oom-pa-pa at Oktoberfest or the beautiful city that is München. But there’s a lot more to Germany than Oktoberfest. Besides, there’s always the months-long Karneval on the Rhein …

It’s only fair I show some love for München (Munich)!

Munich is the capital city for the state of Bavaria and is Germany’s 3rd largest city with a population of 1.4 million. It’s easy to feel at home, surrounded by the distinctive Bavarian ambience (“bayerische Gemütlichkeit”) that’s relaxed, friendly, and cozy.

You’ll see the ubiquity of the state’s blue-and-white-diamond flag; drink plenty of beer in big glass mugs; eat Brezeln, Sauerbraten, Haxen, Weisswurst; and like some residents, dress up in Lederhosen or Dirndl, even outside Oktoberfest season. You’ll visit Marienplatz to see the Glockenspiel play at the Neues Rathaus, attend Mass in the beautiful churches, examine the produce at the farmers’ market at Viktualienmarkt, shop to your heart’s (and credit cards’) extent at Fünf Höfe or Maximilianstrasse, and yes, you might even drink some more and party hard at Hofbräuhaus.

But when I’m in the “Millionendorf” (village of millions), I’m always looking for something else, something more … 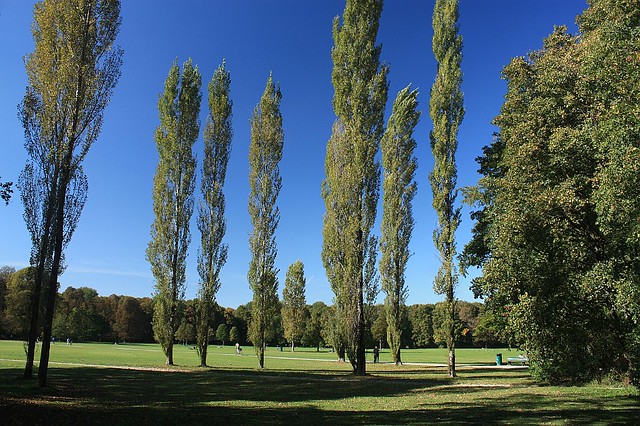 There are many green spaces throughout the Munich area, but the English Garden is a big part of that conversation. With an area reaching over 400 hectares (4 million square metres), there’s more than enough space to find a corner to call your own and spread out for an afternoon. When I’m in town, I’m on a train to Münchner Freiheit for a bite or a coffee, and that fuels my slow meander through the park. If you like people-watching, you’re sure to find surprises and spontaneous moments, from the northern reaches, to the Kleinhesseloher See, down to the river-surfers at Eisbach creek. 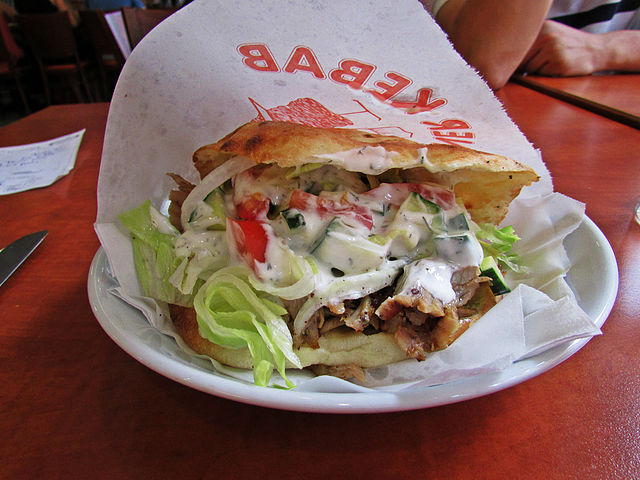 I can eat Turkish food all day, and there’s plenty to find here in the Bavarian capital. I prefer the small snack shops to sit-down restaurants, as I simply want to order and consume something relatively easy to put together. That’s where the Döner comes to play. Sofra is recommended on a number of lists, and they don’t disappoint.

Transit stop/station: S-Bahn to Isartor; tram 16 to stop “Deutsches Museum” or “Am Gasteig”. 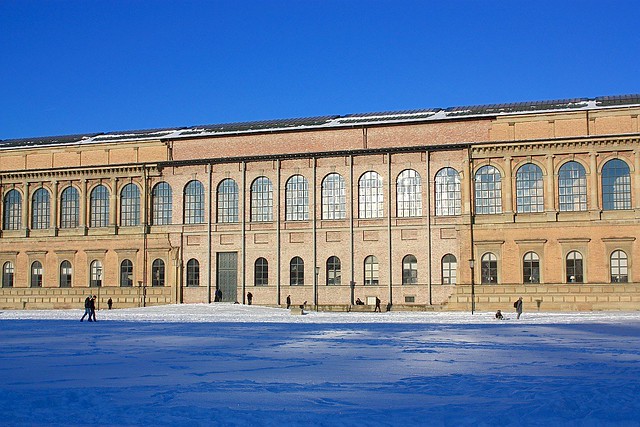 I’ve set foot in Munich dozens of times, and I always come “home” to the Pinakotheken. The Old, New, and Modern Pinakothek contains, respectively, collections of European Art from the 13th- to the 18th-century including Old Masters paintings, European Art from the 18th- and 19th-century, and “modern” and contemporary 20th- and 21st-century art. The Pinakotheken form a part of the large Kunstreal or art district in Munich. Do take note of the different days the three Pinakotheken are closed, but don’t forget that all three are open Sundays with the New and the Modern Pinakothek each charging a special Sunday-admission price of 1 Euro.

With the peculiarity of a standing wave on the Isar river, the steady wall of water means it’s a reliable “wave” for urban surfers. Regardless of the weather, surfers come here to get their licks in, and curious spectators also flock here to see those very same spills.

With the location of the city’s primary train station (Hauptbahnhof) indicated, the map below shows the locations for Munich’s G-E-M-S:

To see how the city provides fantastic examples of hotels, beer, and great food with some glamour, check how Leah spends a glorious 24 hours in the Bavarian capital.

If you’re looking for something like Oktoberfest, the entire summer brings people out to their local “Biergarten” or “beer garden”. There’s always one Biergarten in every city, town, and village, with reasonably priced cold beer and tasty food, with family and group gatherings, as well as neighbourly talk and chatter about the comings and goings about their local or national Fussball-Mannschaft (football side).

I made all of the photos, except for the photo of that tasty Schnitzel. This post appears on Fotoeins Fotopress at fotoeins.com as http://wp.me/p1BIdT-4E1.