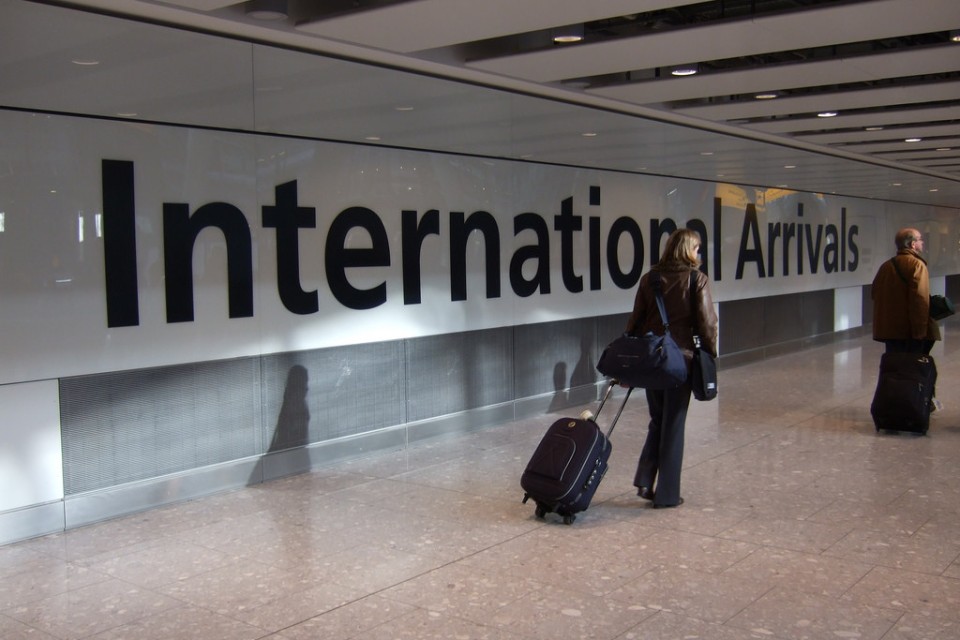 “Welcome back to the United States, Mister Lee.”

These are some of the best eight words to hear first thing in the morning.

When I lived in Chile, I made the Chile-U.S. trip with some regularity. In the following example, I’m entering the United States after the 10-hour overnight/red-eye flight from Santiago de Chile. After passport control, baggage claim, and baggage transfer, I’m off onto the next stage of my travel.

The folks at U.S. Customs and Border Protection are doing their jobs the best they can. I know most officers aren’t (deliberately) grumpy; similarly, most travellers aren’t seeking trouble.

Instead of the ill-tempered tactic which is sure to fire off a crappy start to everyone’s day, I’ve gone with a different approach.

The frequent travel between Chile and the United States for me meant boarding American Airlines planes in Santiago, Chile. Nine to ten hours later, I’m in either Miami or Dallas Fort-Worth (DFW). Most of the time, I have ongoing flights, and both the availability and “buffer” transfer-times are much better for me at DFW. As we all travel frequently in and out of DFW, my colleagues at Gemini Observatory could tell you where the best places in the airport are to shop, nap, eat, and drink beer.

Customs form filled out? Front and back? Check.

Appearance? Not quite business-savvy, but not quite rolled out of a turnip truck, either.

Breath? Where’d I put my minty-fresh gum? That Freshmaker © would come in real handy right about now …

As one of the first international flights of the day to arrive at DFW, the queue at passport control isn’t long.

After some minutes of staring into the imaginary aether and shuffling deeper into the check-in coil, it’s my turn.

I approach the counter, and the first thing I do is smile, hand over my passport and completed customs-form, and say “good morning.”

More often than not, the officer will reply similarly in kind.

The officer flips through my passport and sees a lot of US-entry stamps. They find an empty spot on a page, and presses a new entry-stamp into my Canadian passport.

“Welcome back to the United States, Mister Lee … and have a good stay here in the U.S.”

I don’t ask for much, but that’s a good way to start the day.

Thanks to a conversation with LM which found its way onto digital life, this post appears on Fotoeins Fotopress at fotoeins.com as http://wp.me/p1BIdT-3xy.

2 Responses to “A smile works wonders at passport control”