The sport called “soccer” (association football) in North America is known as “football” in the United Kingdom, “Fussball” in Germany, “fútbol” in Spanish-speaking countries, and 足球, literally “foot ball”, in China.

It may sound glib to some, but to many in Brazil, for example, “football is life, and life is football.” The game can be cruel when one side dominates the balance of play only to lose a match. But so too can life, when a turn of events can suddenly make a good-run into bad.

I played soccer when I was a lad; unfortunately, I played the game poorly. I remained a fan, remembering how the Vancouver Whitecaps won their championship in 1979 as their popularity peaked and stretched into the early 1980s.

I’ve always thought about how this relatively simple game is important to people around the world. Football in Africa and Latin America is a way of life, and football also offers a way to a better life. Moving to Germany in 2002 meant learning a lot about how significant the sport was to people within Germany and Europe, and about how integrated “Fussball” was in people’s lives. By comparison to season-dependent sports, the relatively low-cost to play and the versatility of playing in- and outdoors the entire year is attractive to many North Americans looking to pick up a game or sport.

The football pitch below is located at a former race-track in a neighbourhood park, not far from where I was raised in Vancouver’s Strathcona neighbourhood. In late-spring and summer, the pitch is used frequently for local league matches.

I found the same pitch empty at 630pm on a late-spring Saturday evening, and I liked how the goalposts lay long shadows on the grass below. In the setting sun, the shadows seem to reach out towards the centre-circle, and I felt the “pull” towards the centre of the field. Was this a buried memory, of what it was like to run up and down the pitch?

The shadows’ stretch struck a chord, and I thought next about the diurnal rising and setting of the sun. The daily cycle occurs without exception around the world. Soccer/football is one of the few games played universally around the world. Language might be an obvious hindrance, but put a ball down, and the boundaries come down in smiles and laughter.

Called by different names, a world game with a round ball seems to defy borders very well, judging by what I’ve seen on travel. 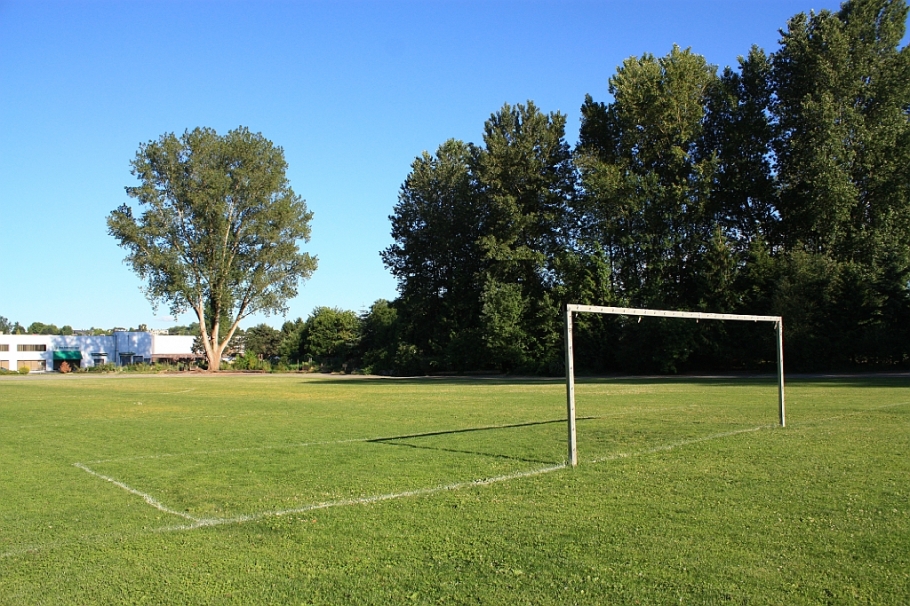 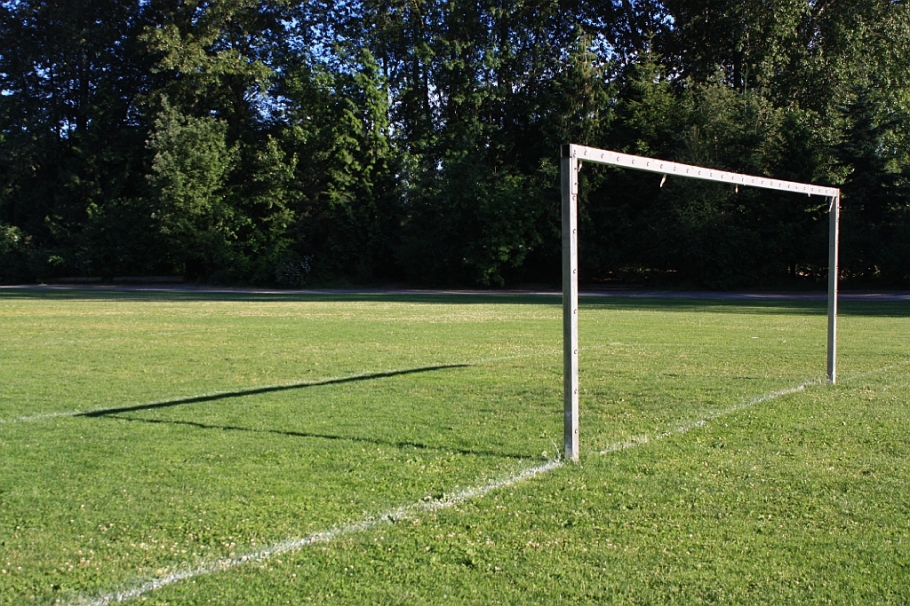 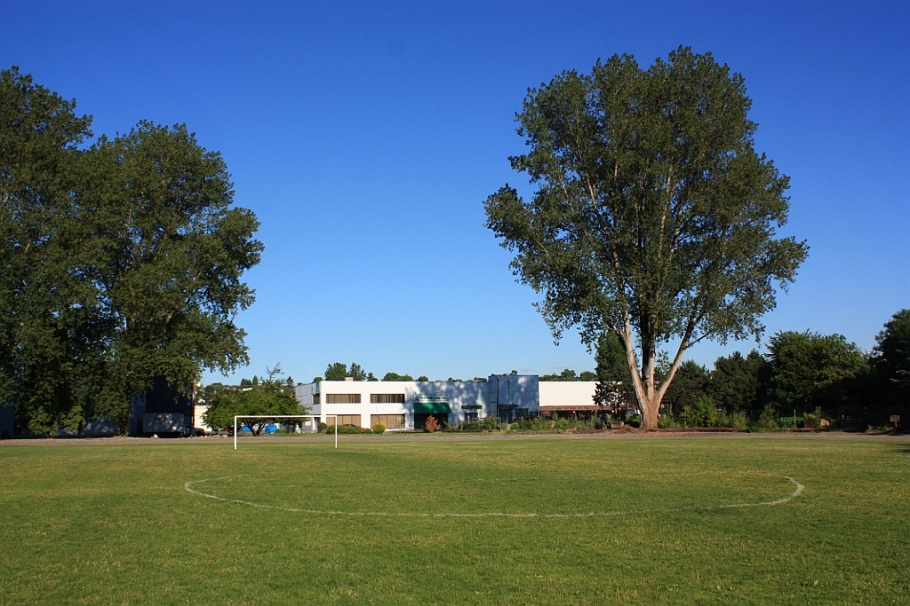 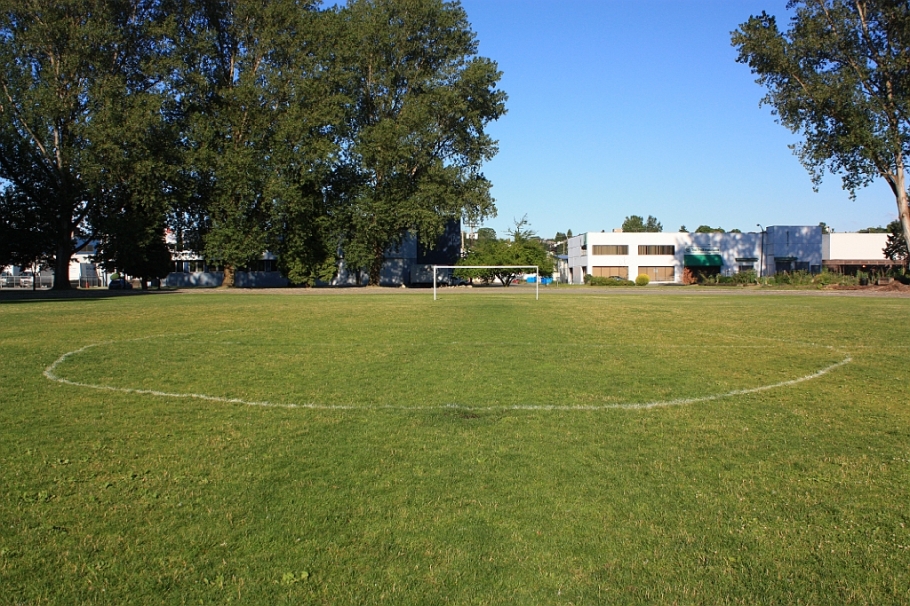 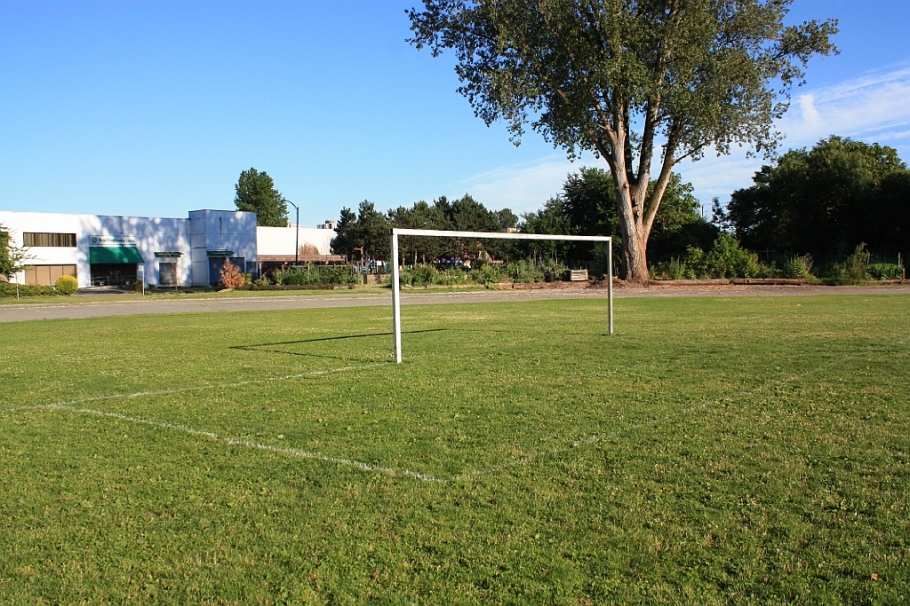 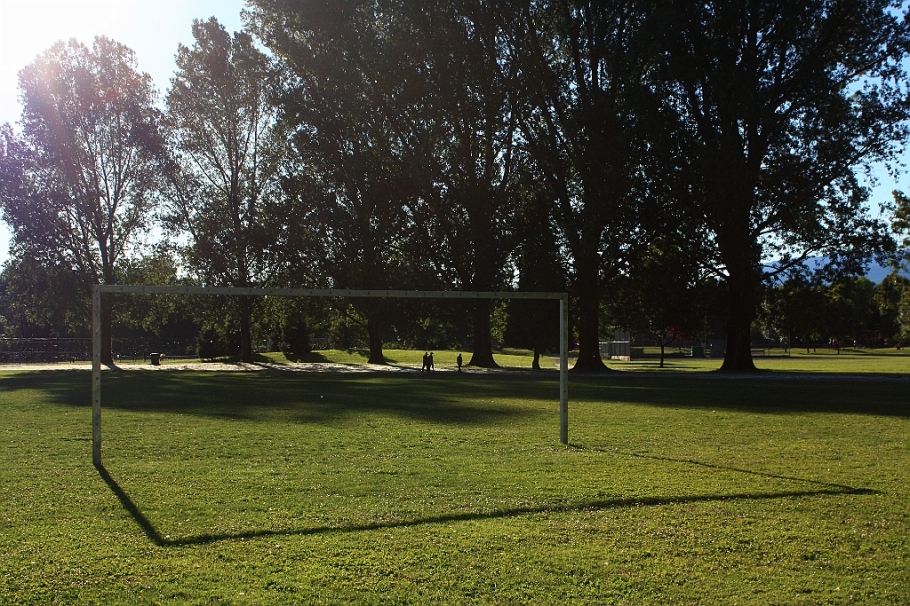 I made the photos above in East Vancouver, Canada on 22 June 2013. This post appears on Fotoeins Fotopress at fotoeins.com.