As a boy to Chinese parents in Vancouver, I remembered looking forward to the middle of the calendar year, because there would be plenty of sticky-rice dumplings (粽), which CantoDict describes as a “glutinous-rice dumpling or tamale, made by wrapping the rice in broad leaves of reeds and boiled for a few hours, usually with other ingredients such as meat, oysters, beans, etc.”

A very popular Chinese holiday surrounds the Duanwu Festival, which occurs on the 5th day of the 5th lunar month in the Chinese calendar; the big festival day occurs on 23 June and 12 June in 2012 and 2013, respectively. Along with the consumption of rice dumplings, the festival is known as the Dragon Boat Festival with the racing of dragon boats. Tradition tells the story of boats set out to retrieve the body of poet and scholar Qu Yuan who drowned himself (278 BCE) after false accusations of conspiracy forced him into exile.

On a June-weekend, thousands congregate to the south portion of Hong Kong Island, all there to attend the annual Dragon Boat Championships. On 23 June 2012, my sister and I head out to Stanley by friends’ invitation to witness the spectacle and party from the comfort of the Horwath HTL boat in Tai Tim Bay. This turns out to be a big bonus, as the weather in June is oppressively hot and sticky. Instead of being stuck in the midst of huge crowds on dry land, we find ourselves in the middle of the bay, surrounded by countless ships of all shapes and sizes in relatively calm conditions.

With occasional breezes blowing through, we sit next to the bow with nibble and drink, watch over the entire proceedings, and chat with people associated with Horwath HTL. Horwath HTL bought time on the boat, operated by a long-time local couple who live on and rent out the boat to corporate and private functions. In brief (Cantonese) conversation with the woman who’s the “brains”, I discover she’s organizer, cook, caretaker, and all-around “mum” for the day; she paces up and down the boat, ensuring everyone’s needs are met.

There is a lot of food and drink, respectively, to fuel and to quench.

There are some fast dragon-boat races with strong competitive crews representing many nations.

There seems to be an impossibly large number of people crammed into narrow strips of beach and on the flotilla of pleasure-boats in the bay.

To hear my sister tell it, it sounds like another typically torrid June weekend-afternoon in Hong Kong. 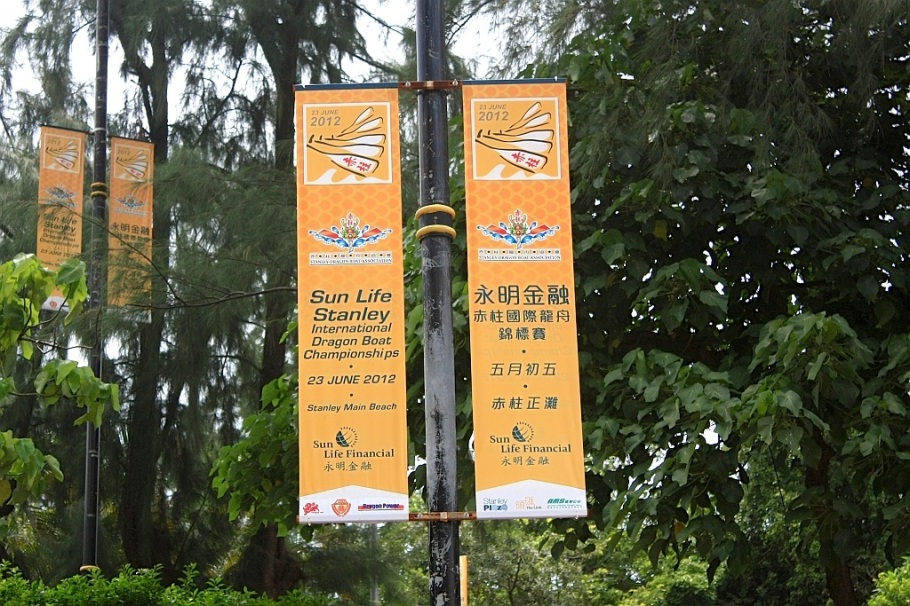 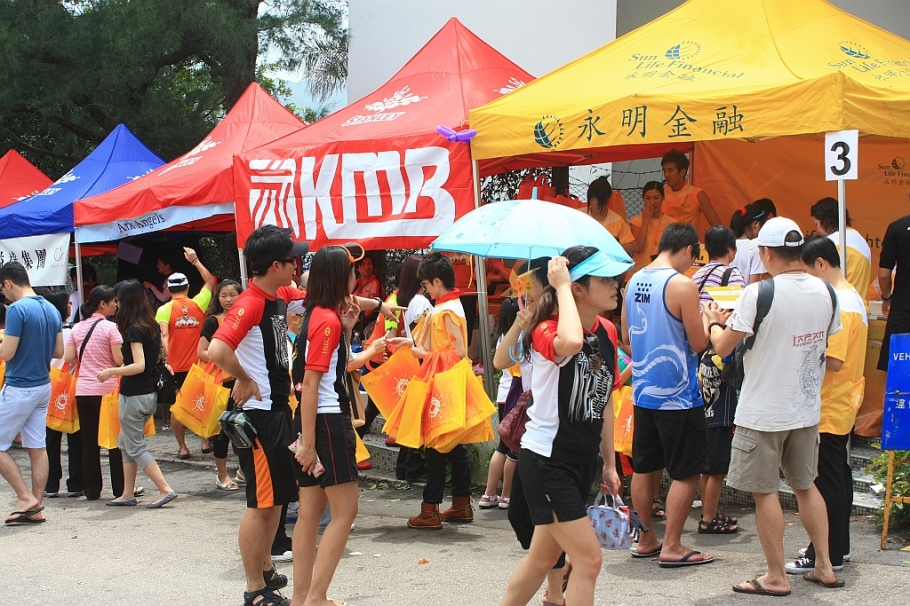 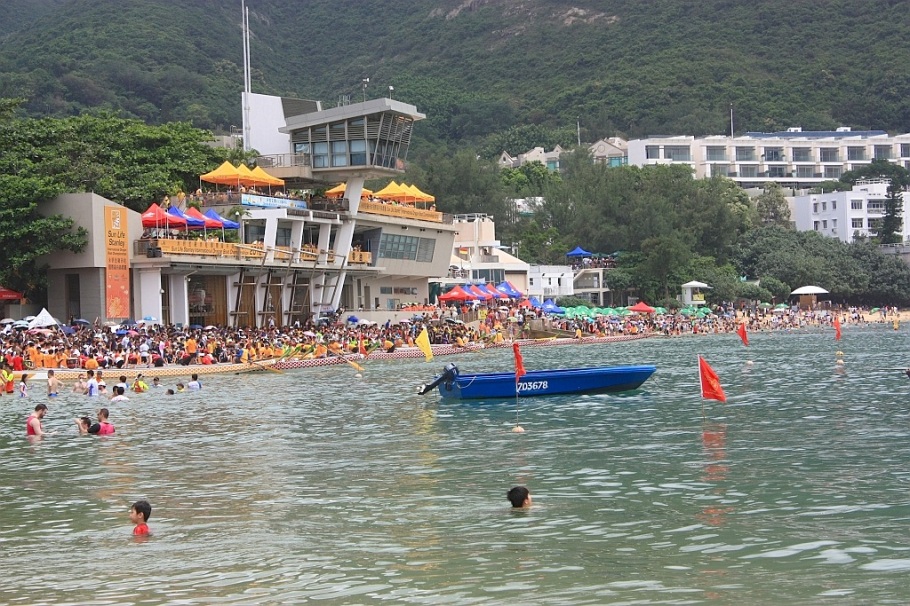 Waiting for shuttles to pleasure boats in the bay

Big boats in the bay 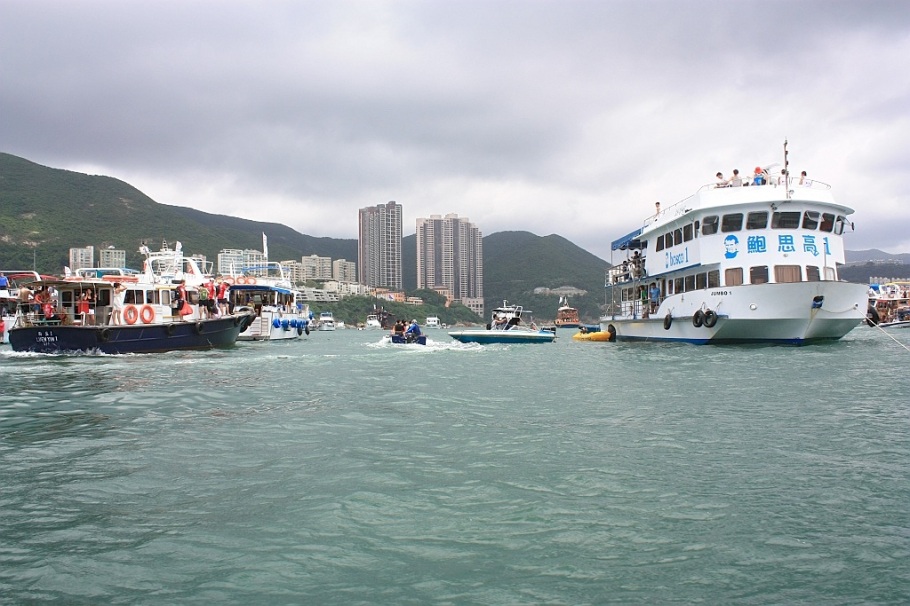 Boats in the bay 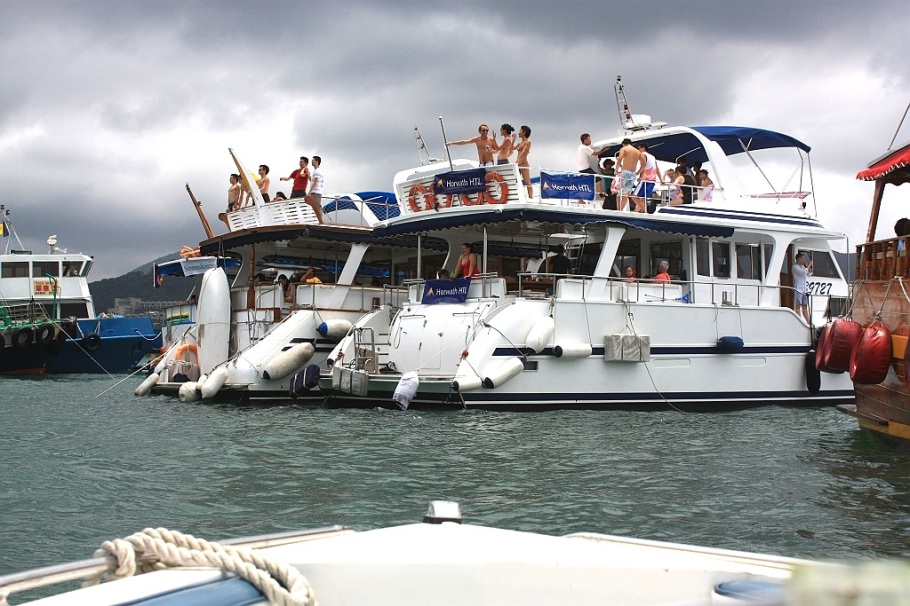 Our shuttle arrives at the Horvath boat

Vantage point on the water

Small shuttle in the waters of the bay

Maintaining law and order in the bay 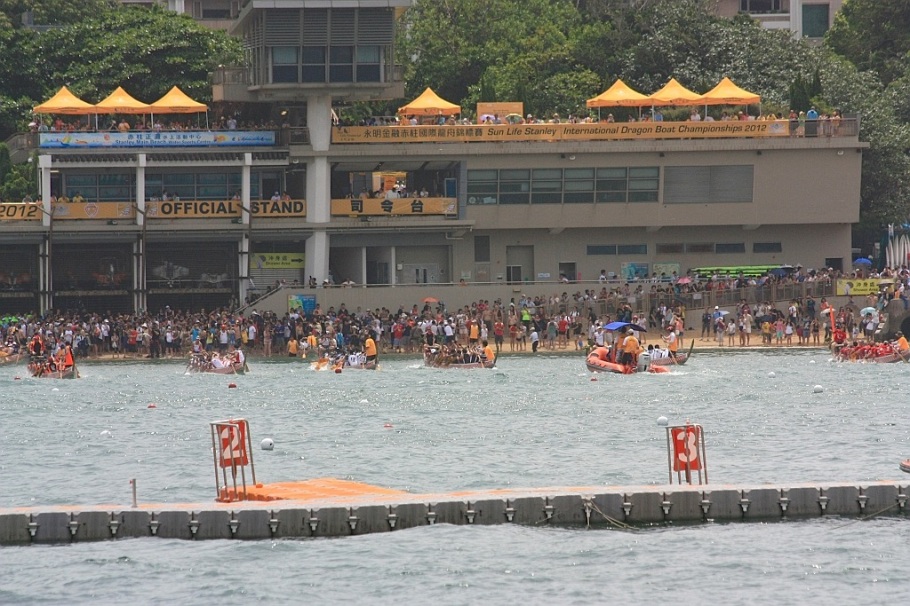 Racing to the finish

Located in the southwestern corner of Hong Kong Island, the town of Stanley is easily accessible by car and by bus. CityBus services 6, 6A, 6X, 66 and 260 travel from Hong Kong’s Exchange Square, which is situated above MTR stations Central/Hong Kong. Citybus service 973 travels from Tsim Sha Tsui East (MTR Hung Hom station) through Kowloon over to Hong Kong Island and Stanley. From Causeway Way, Green Minibus 40 is a community-shuttle service to Stanley.