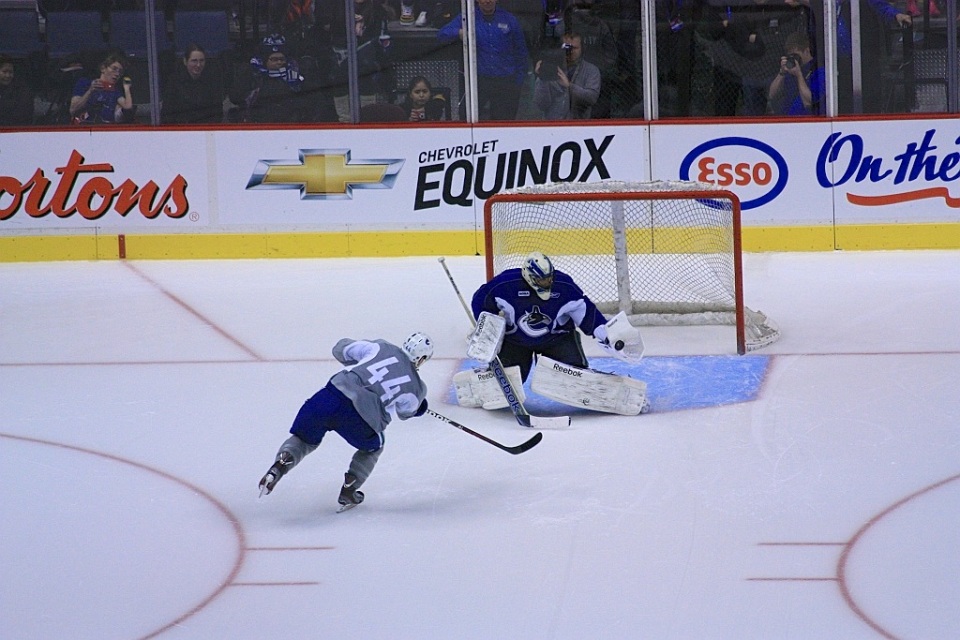 On Wednesday, January 16, 2013, the Vancouver Canucks held their first of two scheduled intrasquad scrimmages at Rogers Arena in downtown Vancouver. With the end of the recent work-stoppage, many have sworn off watching NHL hockey or attending NHL hockey games. By recognizing some of the bad feelings from fans here in the city, one way the organization has reached out to the public has seen their intrasquad scrimmages open and free-of-charge to the public.

The hockey scrimmage proceeded as follows:

For the first scrimmage, there was a reported 12,000 in attendance, many of whom were families with young children. Although the real proof will be in the attendance figures for the 24 home-games in the coming shortened regular-season, it’s easy to imagine there’ll be many who will “return” to watching hockey. The season-opener is also the home-opener on Saturday, January 19 against the Anaheim Ducks.

Finally, I’d like to acknowledge the following representatives of the Canucks’ organization: Kevin Kinghorn for taking us to ice-level for better photographic opportunities, and the invitation to the Studio Lounge from Nicole van Zanten. 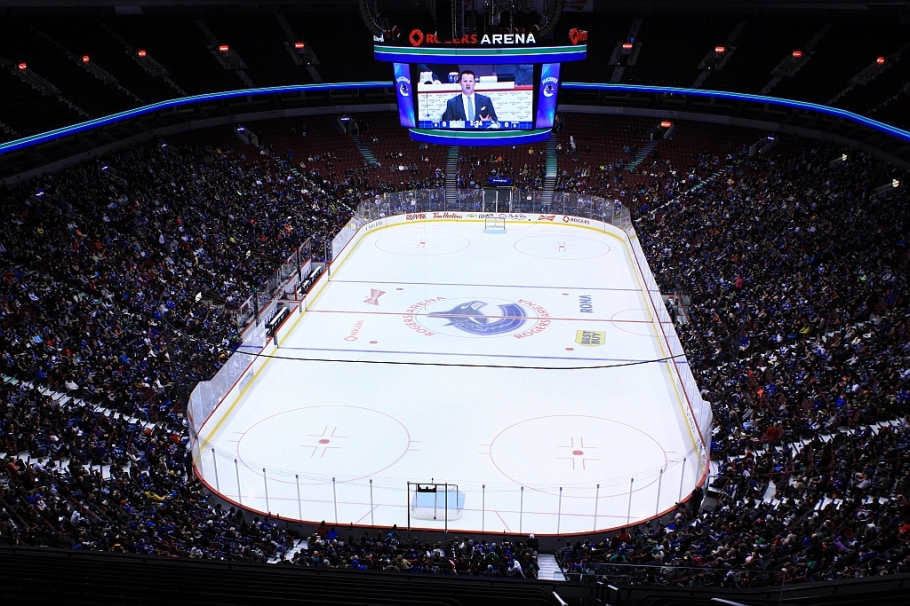 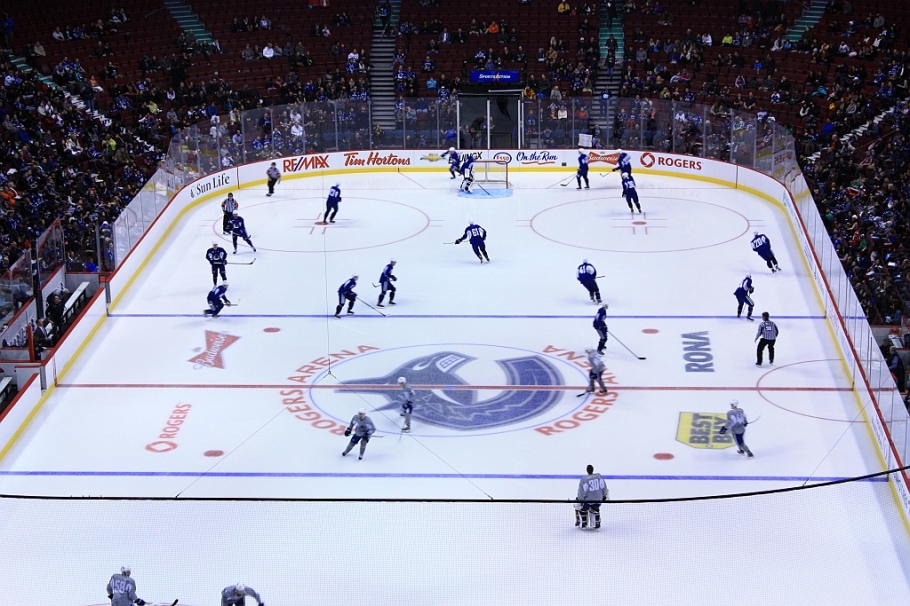 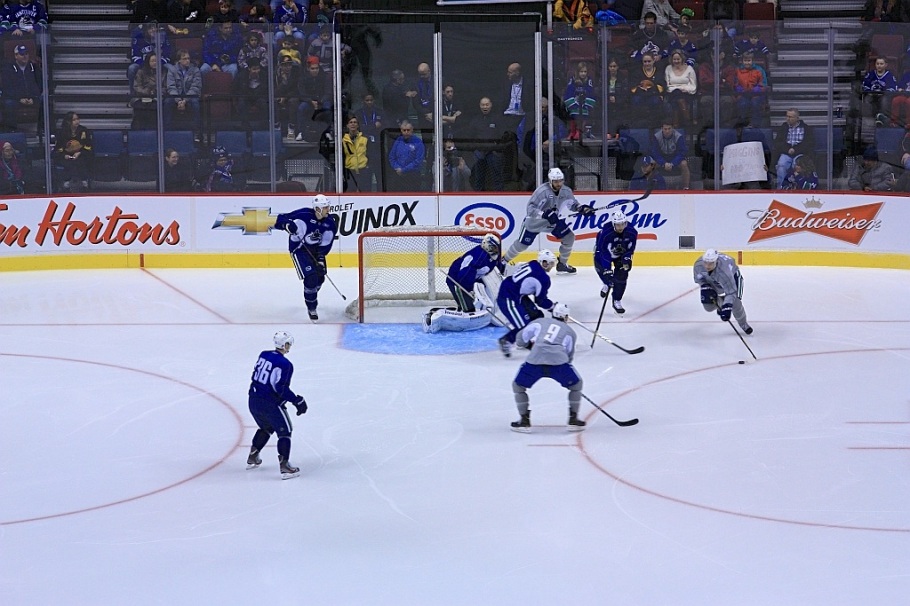 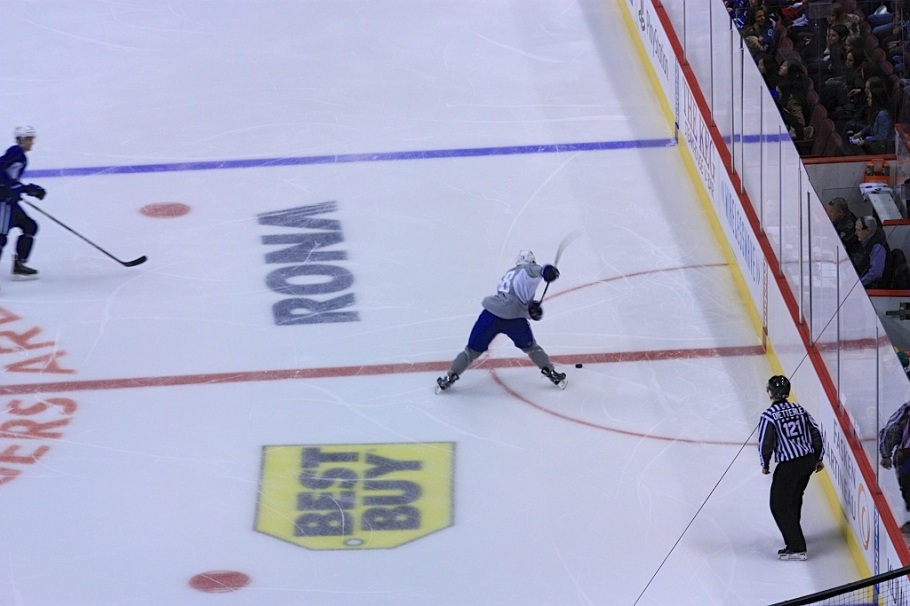 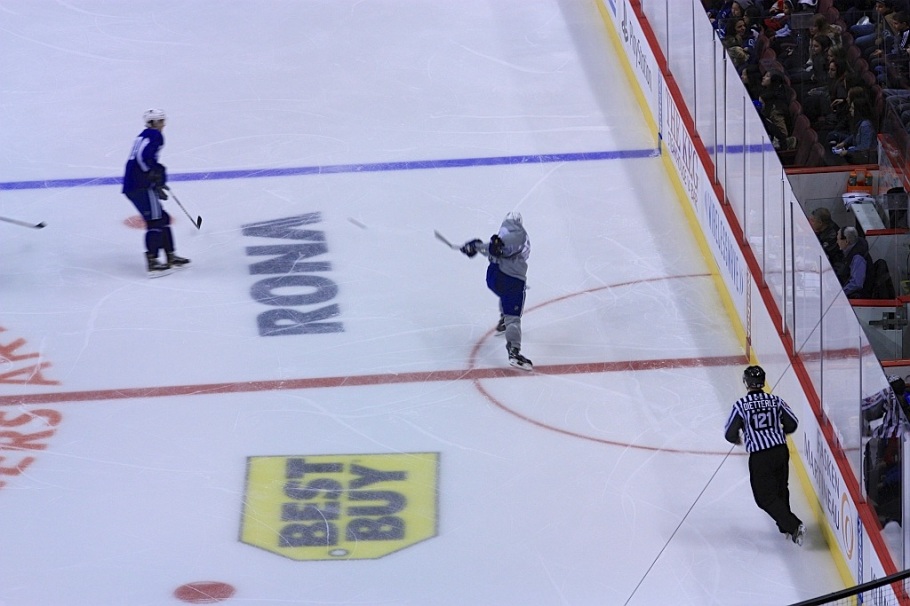 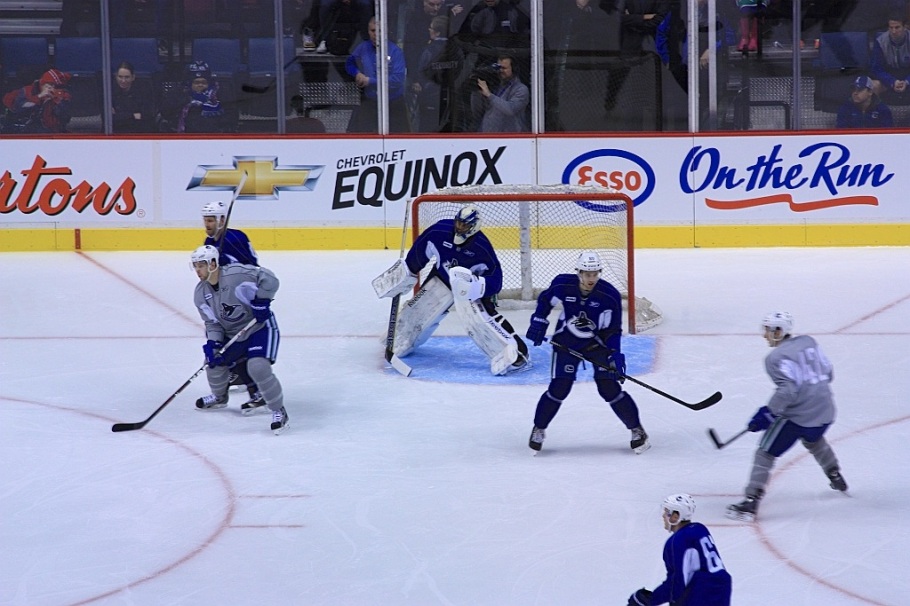 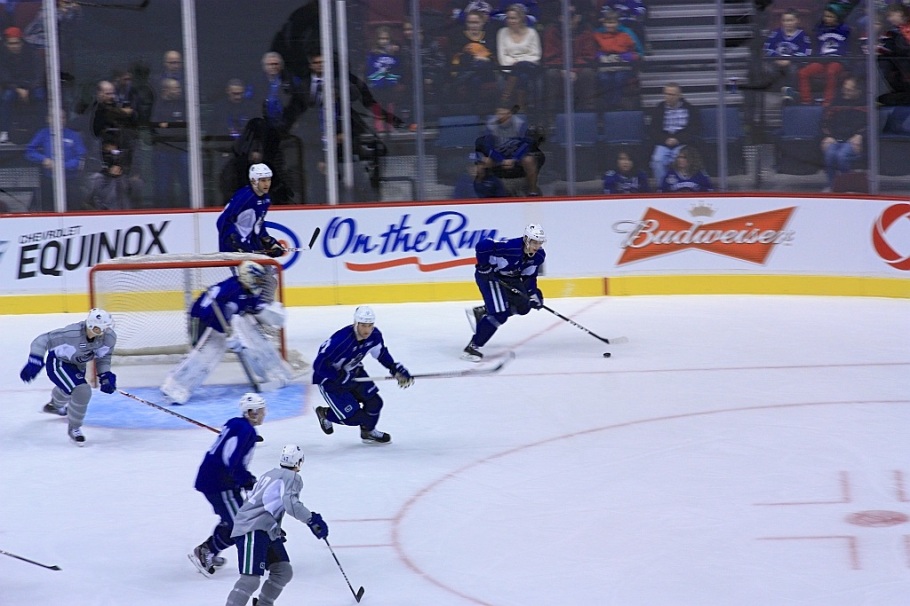 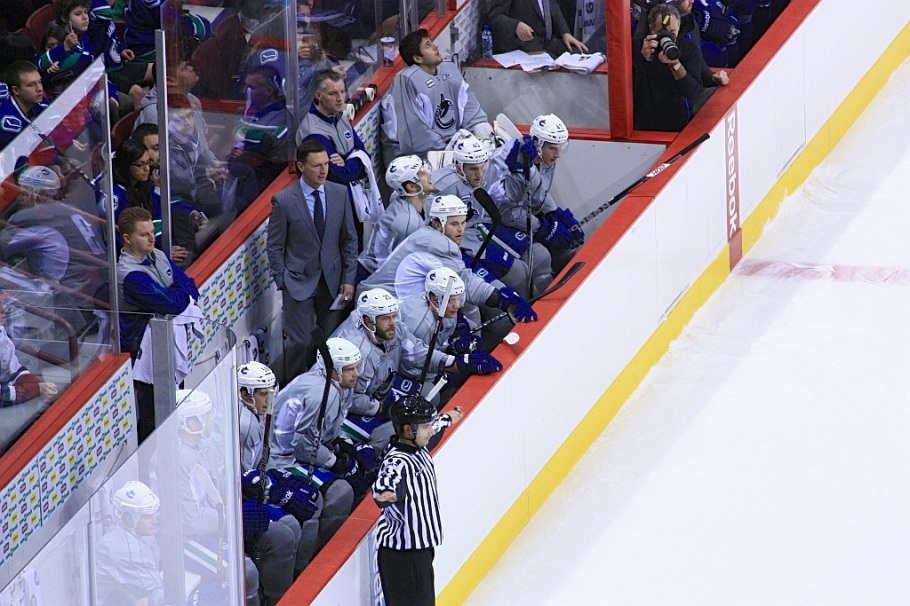 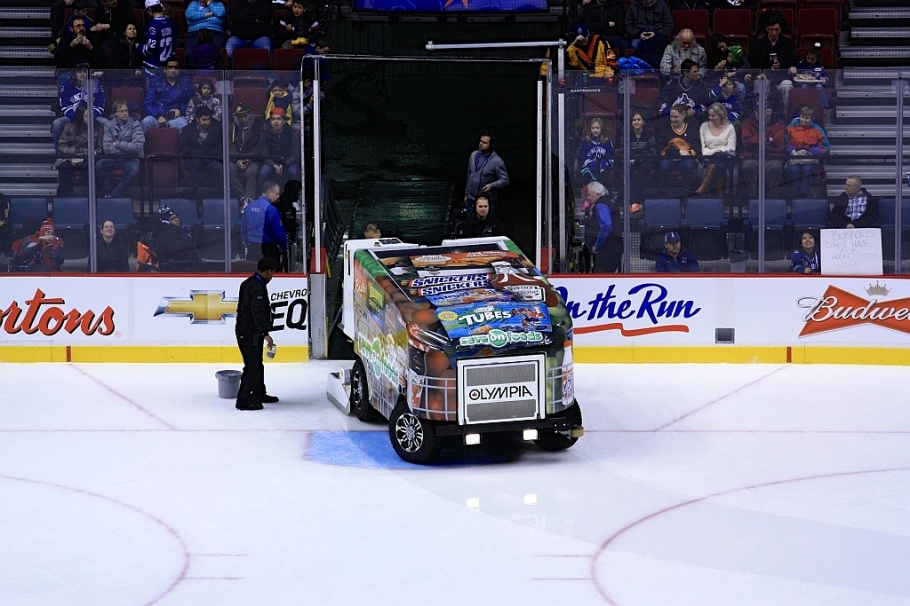 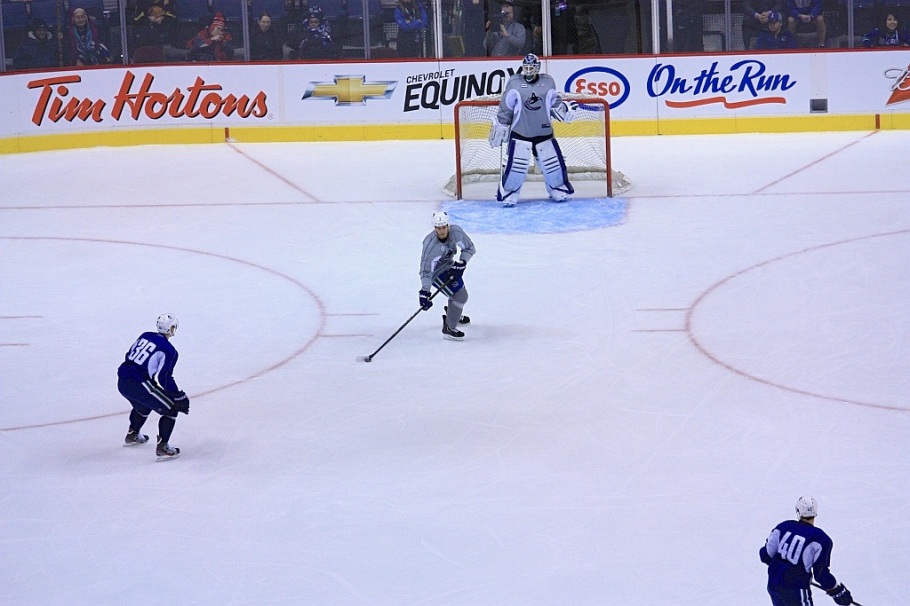 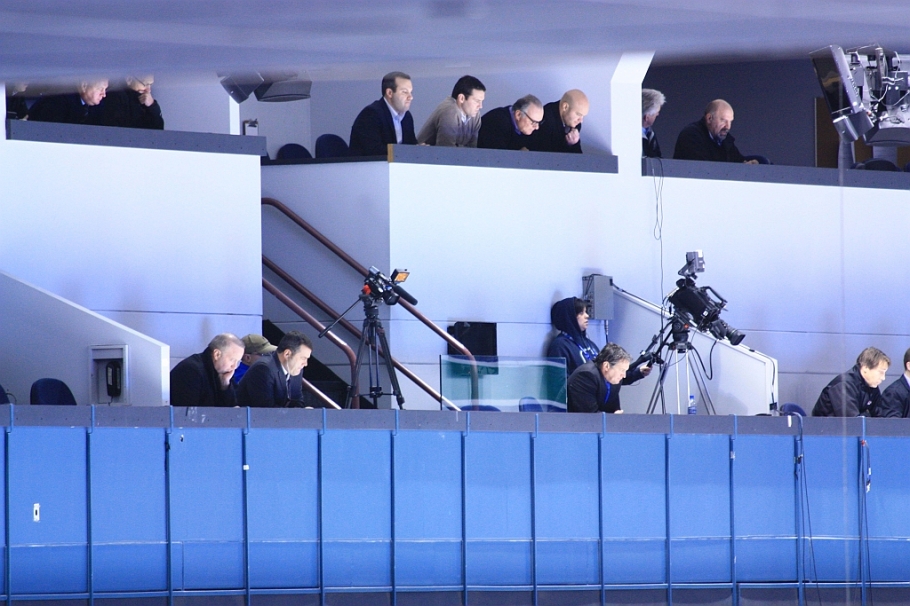 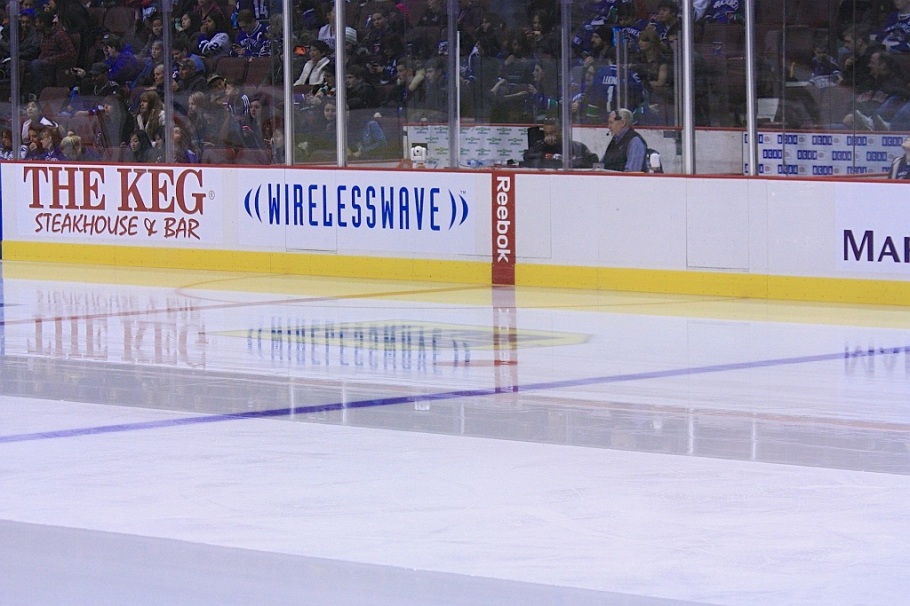 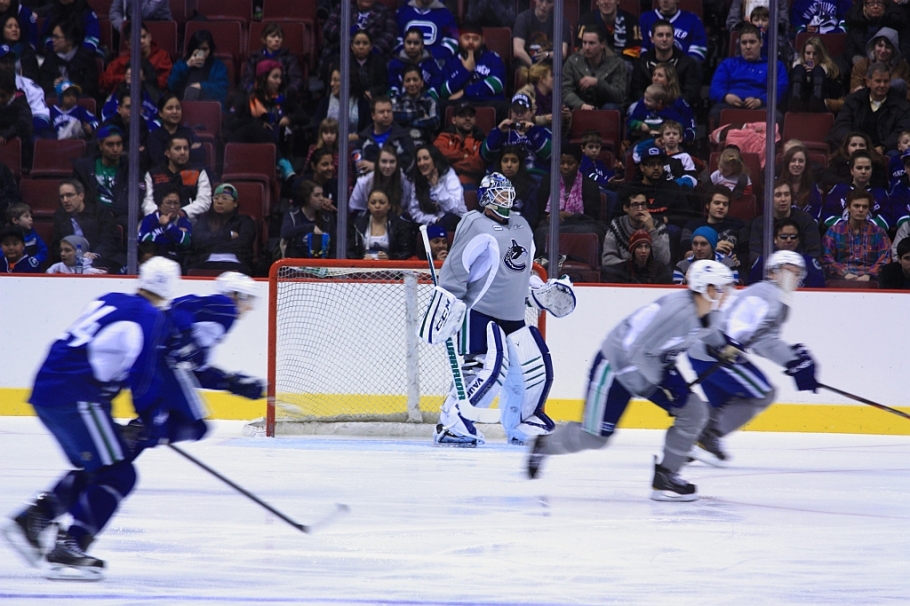 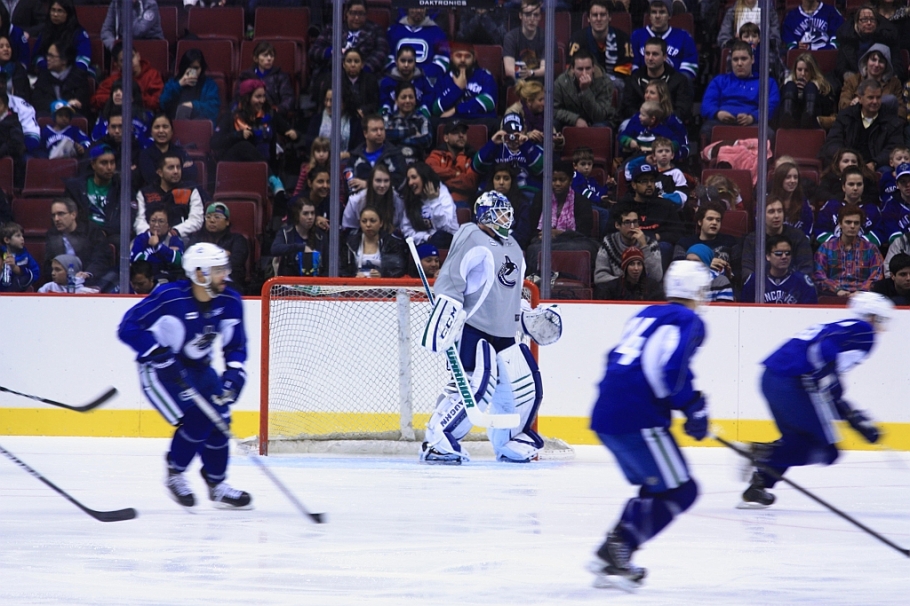 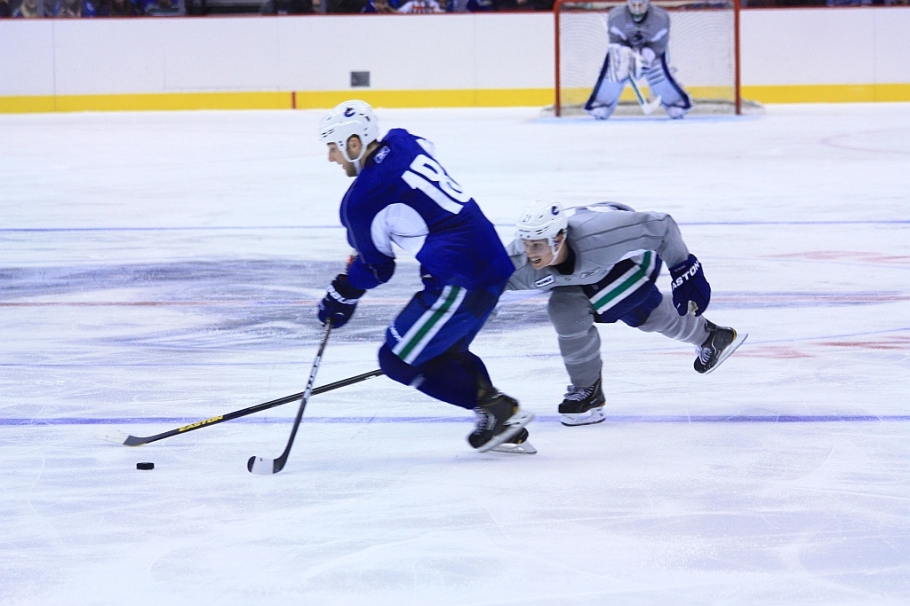 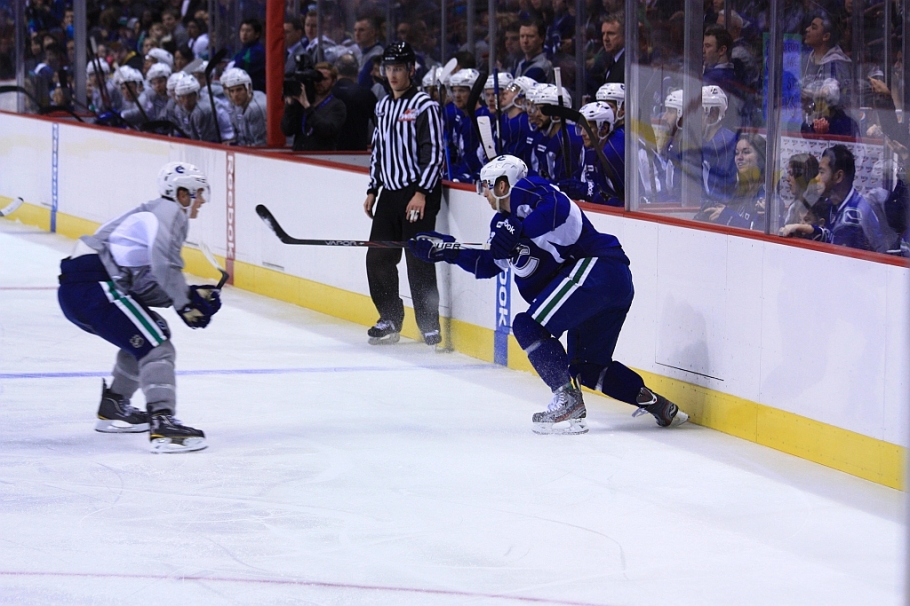 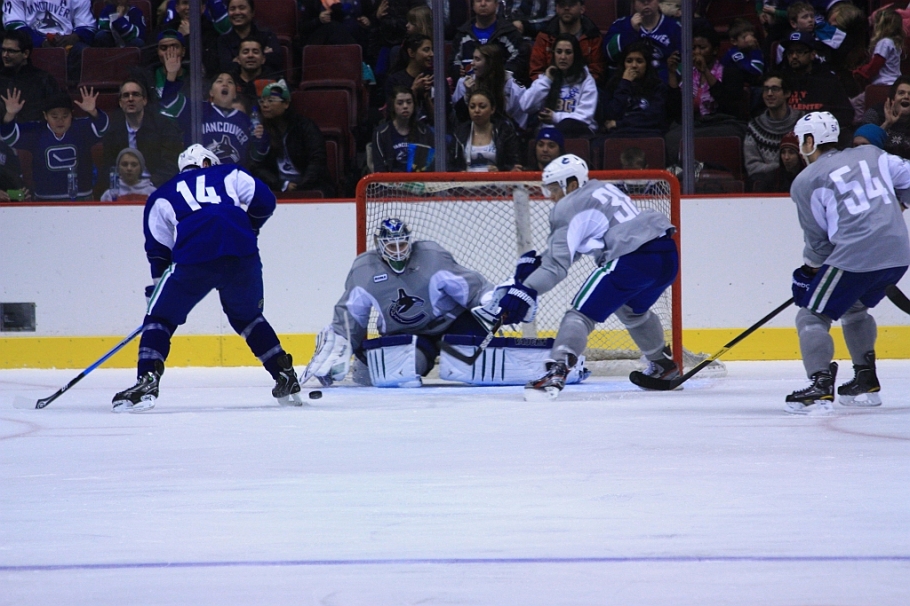 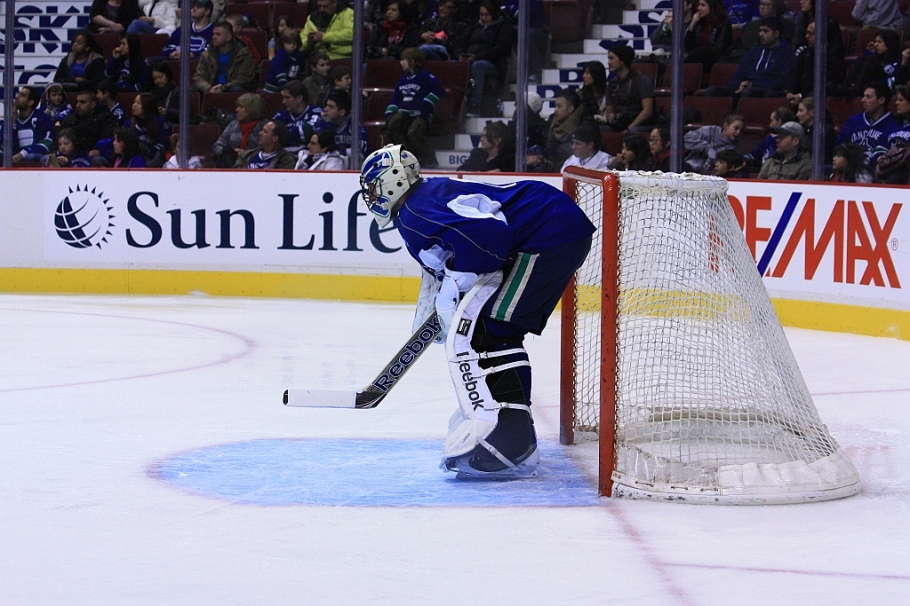 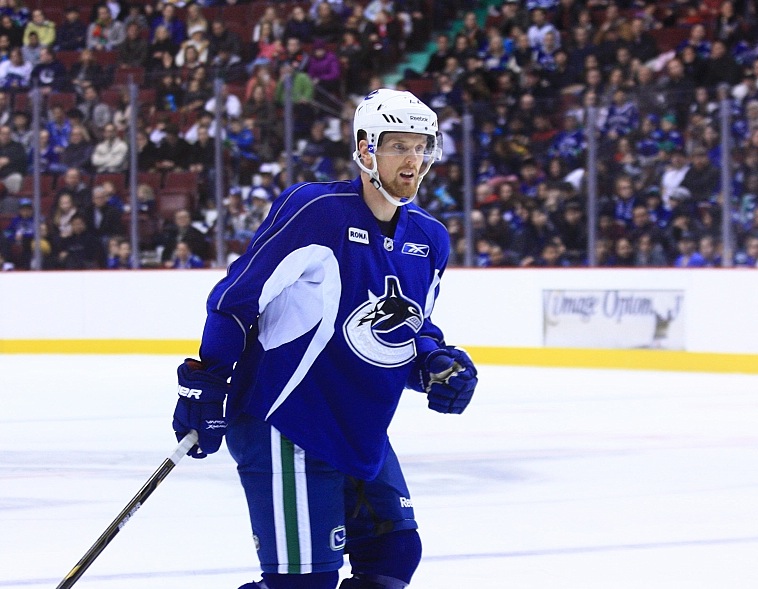 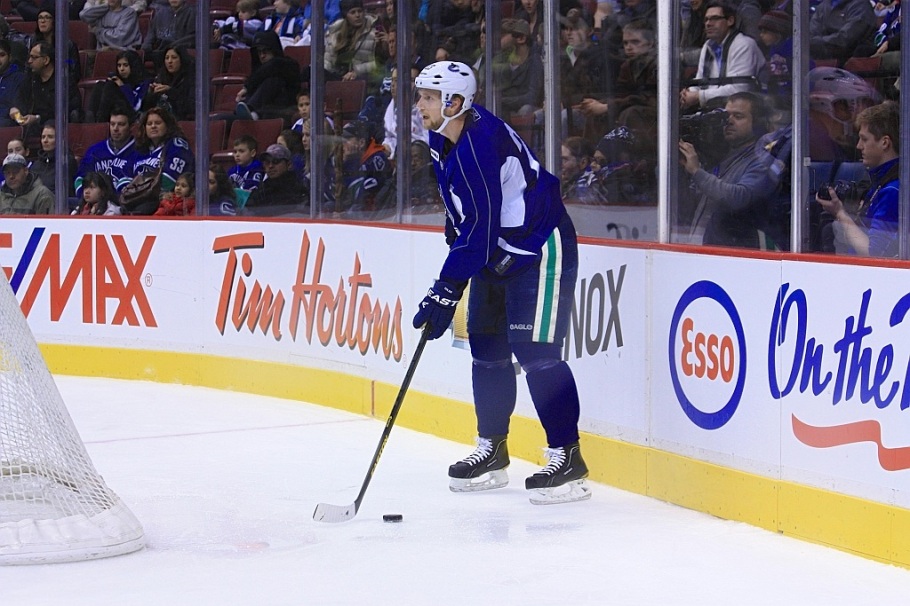 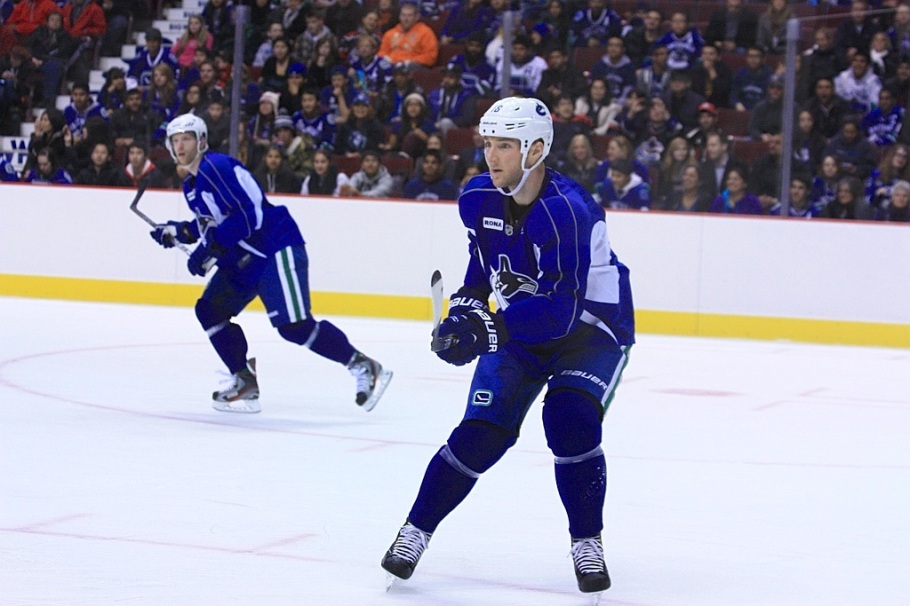 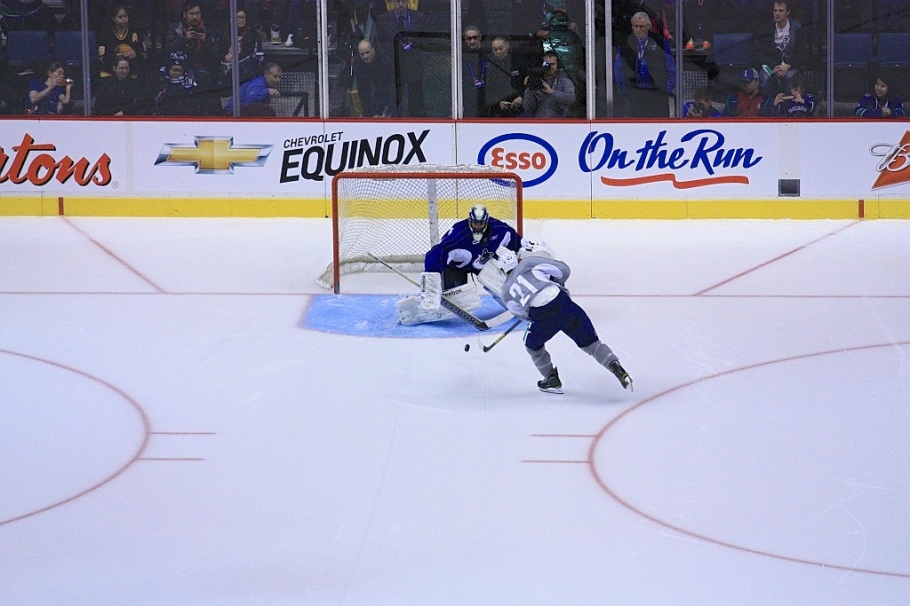 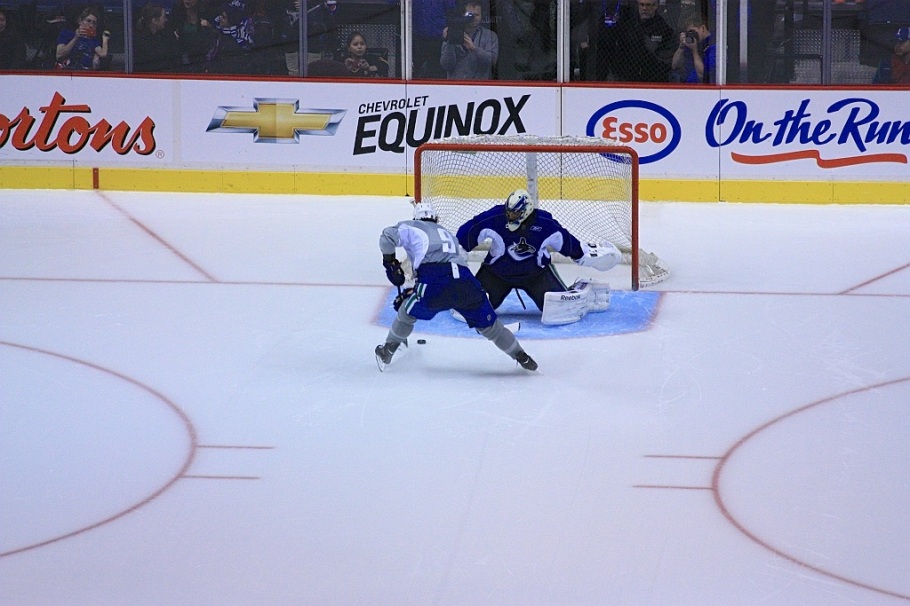 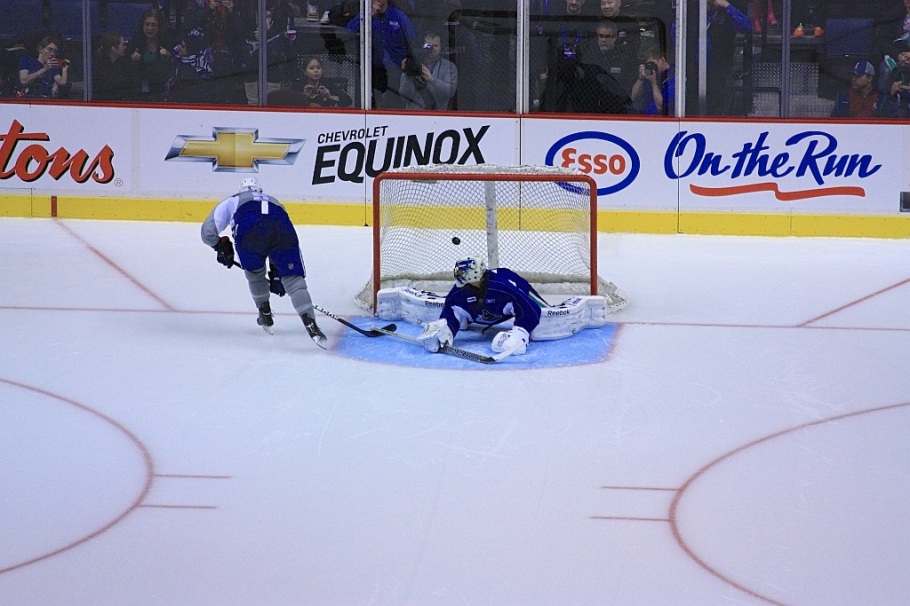 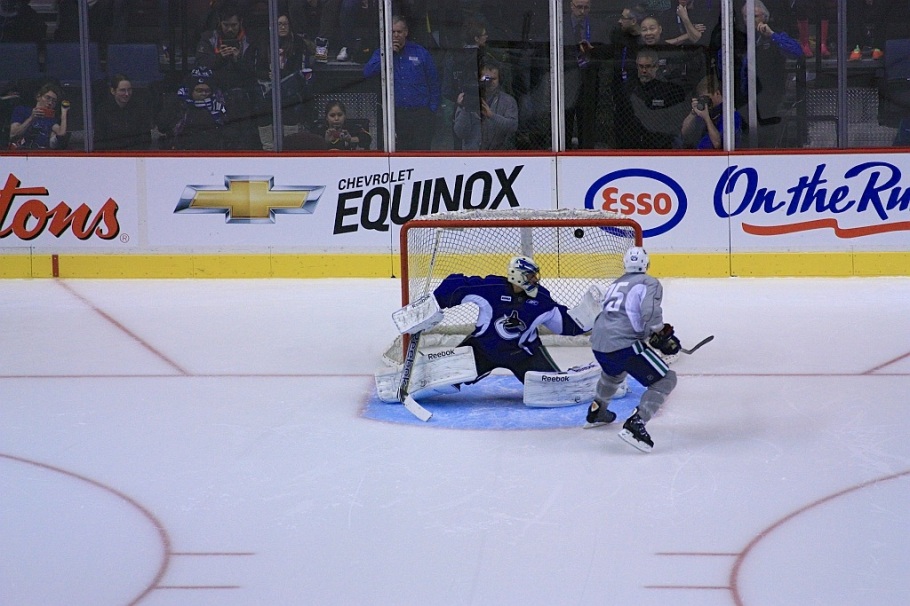 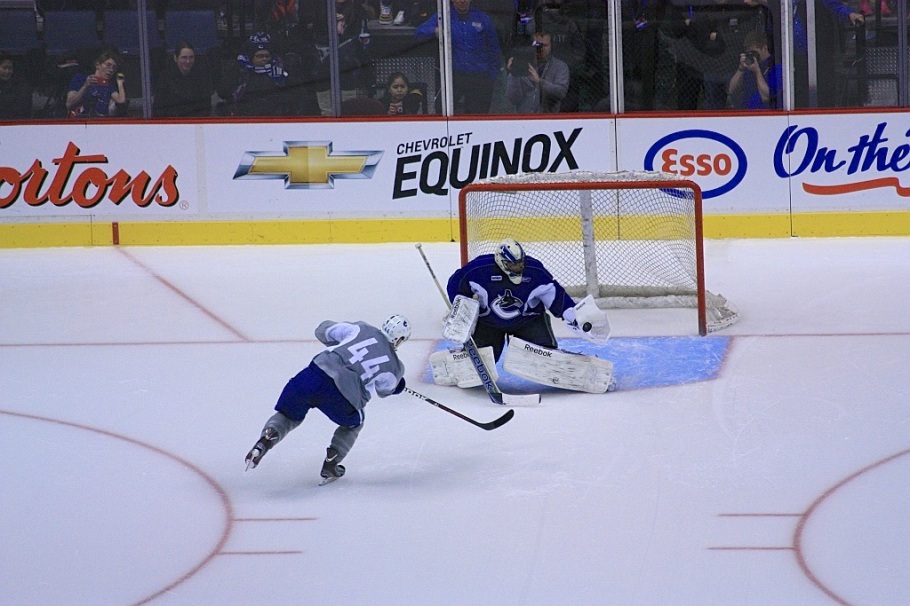 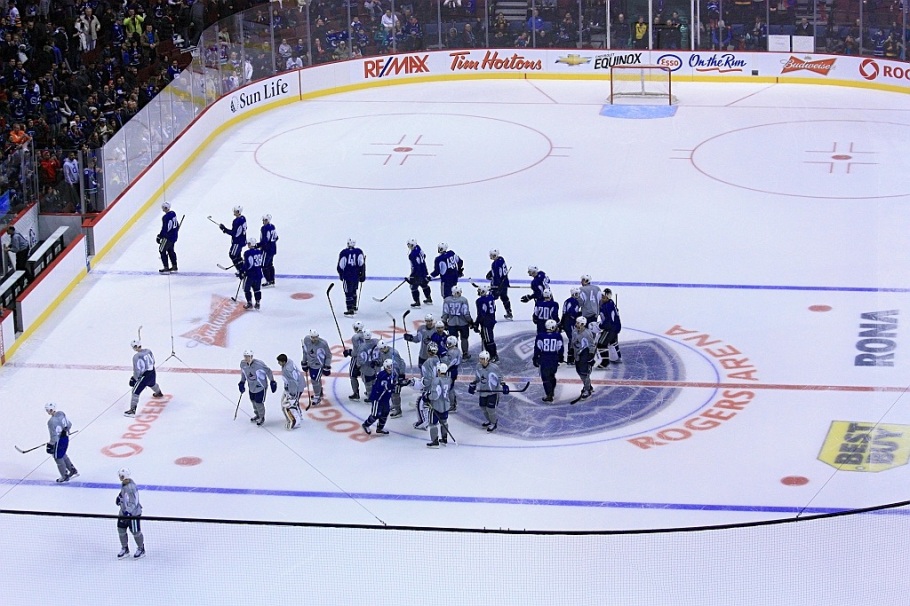 Disclosure: No Connection, Unpaid, My Own Opinions. I have not received any compensation for writing this content and I have no material connection to the brands, topics and/or products that are mentioned herein.I made these photos on 16 January 2013. This post appears on Fotoeins Fotopress at fotoeins.com.