Sometimes it pays to be lucky to look up over and beyond the optical viewfinder or the viewfinder screen on a camera.

Waiting to meet with a friend for beer in Perth’s Central Business District, I was basking in afternoon sun in the park across from the Art Gallery of Western Australia. I turned around and I saw an odd shadow projected by a sculpture in the foreground. Sure enough, the shadow from the kite-like structure formed an arrow conveniently pointed downwards to people strolling by on their way to and from to Perth central station.

The fundamental question is this: at the moment each of these people came under the “arrow”, about what were they thinking? 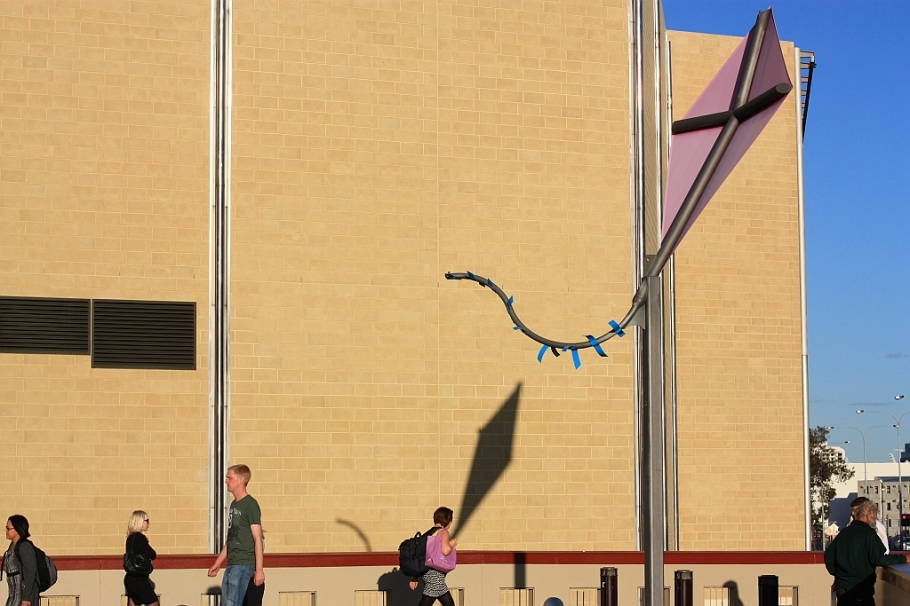 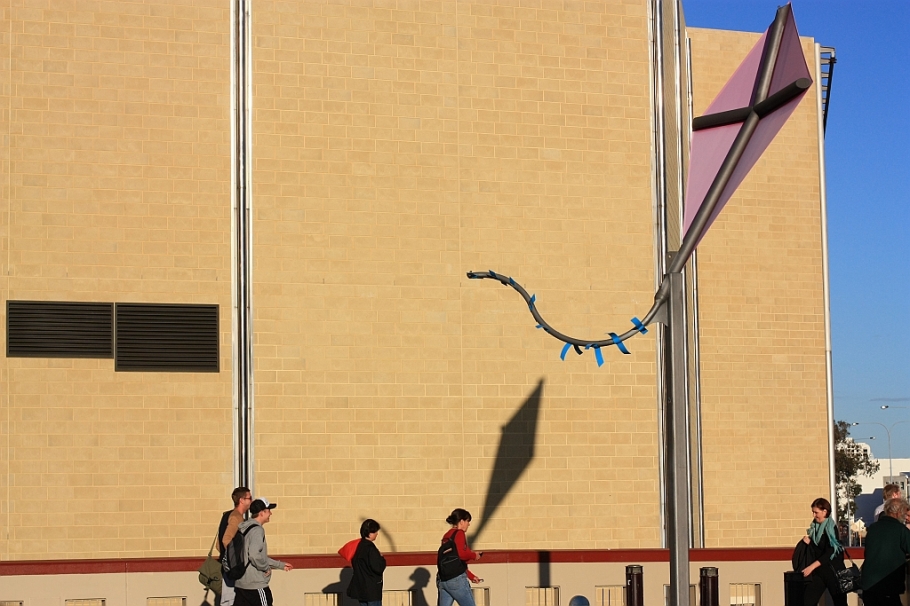