It’s easy to forget Vancouver has a number of beaches on both sides of Burrard Inlet. Returning to my hometown to begin my year-long around-the-world (RTW) trip was a good opportunity to revisit a number of places I hadn’t seen or visited in decades. One area was the “western beaches”; namely, Jericho Beach, Locarno Beach, and Spanish Banks along the northwest shoreline of the city.

While the summer is an obvious time to visit, I chose the winter (February), because I believe the beaches are beautiful at any time of year. With a light sweater or fleece and a waterproof windbreaker jacket on top, anyone is more than ready to head out to the beach for a walk, a bicycle ride, or even, wander out into the waters of the Salish Sea for sailing, kayaking, or paddleboarding.

For its flat terrain and easy beach access, Jericho Beach was once the site of a First Nations village, before the land was taken over for use as a military base and, subsequently, a logging camp in the last-half of the 19th-century. In reference to Jeremiah (Jerry) Rogers’ logging operation in the area, “Jerry’s Cove” was likely corrupted over time to become “Jericho”.

To the west of Jericho Beach is Locarno Beach, which is more of a “quiet” area. By comparison with adjacent beaches, Locarno Beach is smaller, feels more intimate, and frequented by locals, couples, and young families. The City of Vancouver notes:

Before the European settlers arrived, this site was home to a First Nations Village called Eyalmu, roughly translating to “good camping ground.” Spanish explorer Narvaez noted it in his journals in 1791. It was named in 1925 by the Municipality of Point Grey after having been purchased from the Provincial Government (of British Columbia). The name comes from the Locarno Pact, an agreement which outlawed war signed in Locarno, Switzerland in 1925.

Farther west is a broad expanse of beachland called the Spanish Banks, known to the local First Nations as “Pookcha”, or “the back of the whale rising and falling.” The area is given the “Spanish” name for the meeting in 1792 between English Captain George Vancouver and Spanish Captains Cayetano Valdés y Flores and Dionisio Alcalá Galiano; this event has also given the name, English Bay, to the nearby body of water where the meeting took place. At low tide, the waters of English Bay recede to about one kilometre from shore. As a result, Spanish Banks expands to become a very large muddy tidal flat on which to walk and explore – with a good set of waterproof boots, of course. And in the distance the steel and cement fingers of the city’s downtown skyline lingers in the background, beckoning you forward to whatever temptations lie therein. 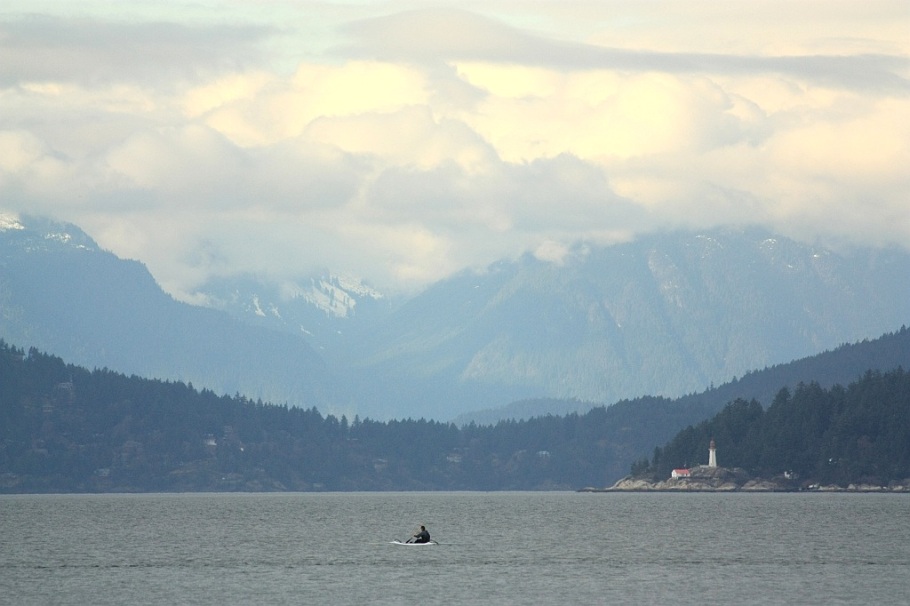 A sitting log, waiting for the summer: Jericho Beach 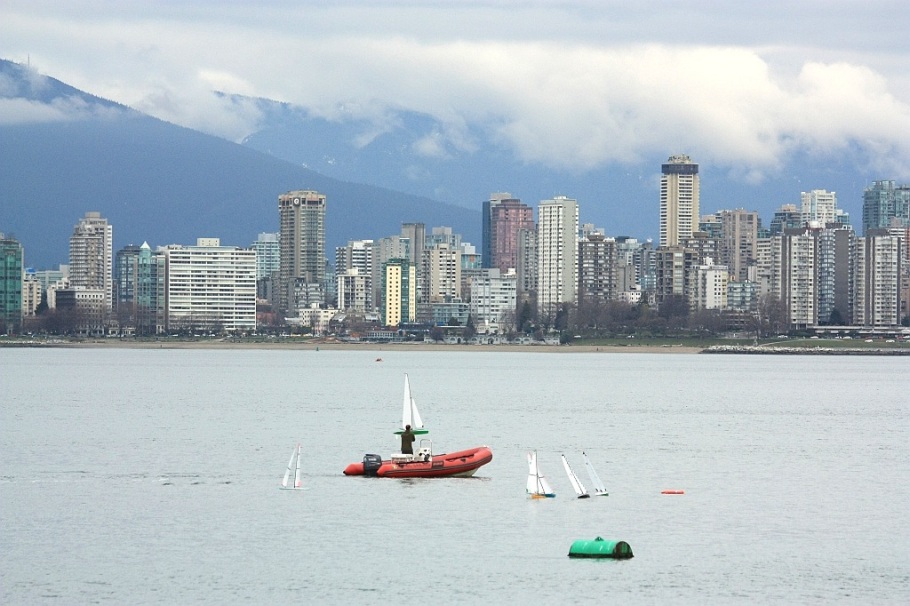 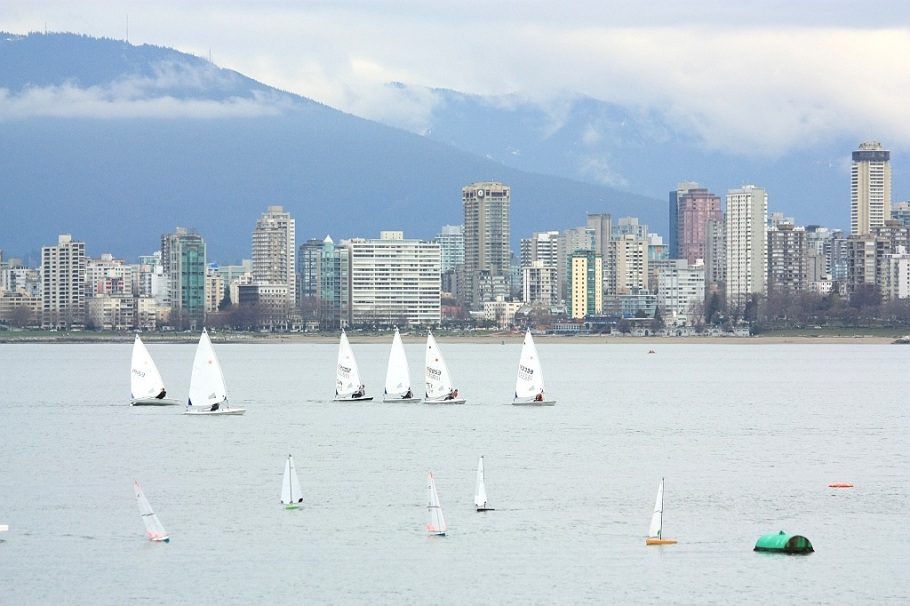 Two ways of “a day out sailing” 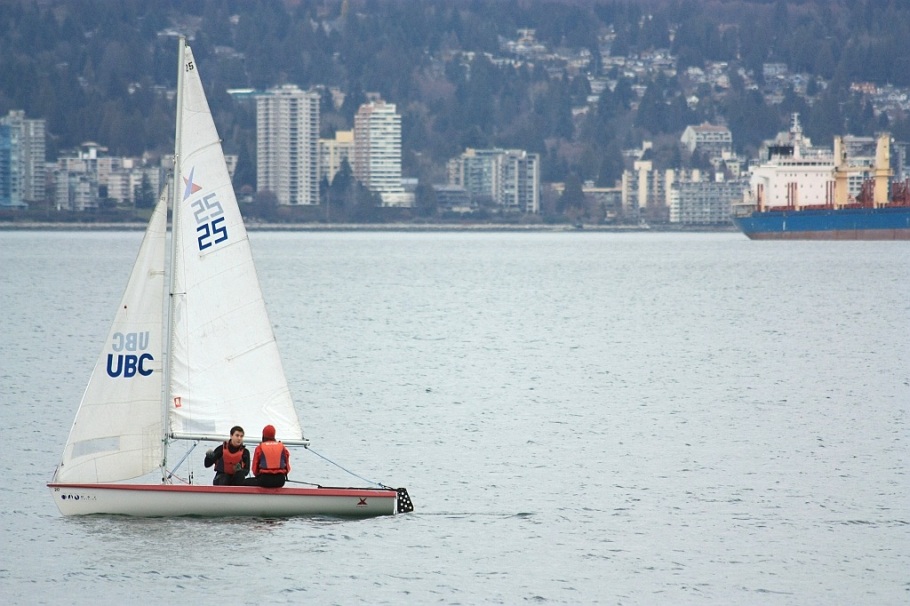 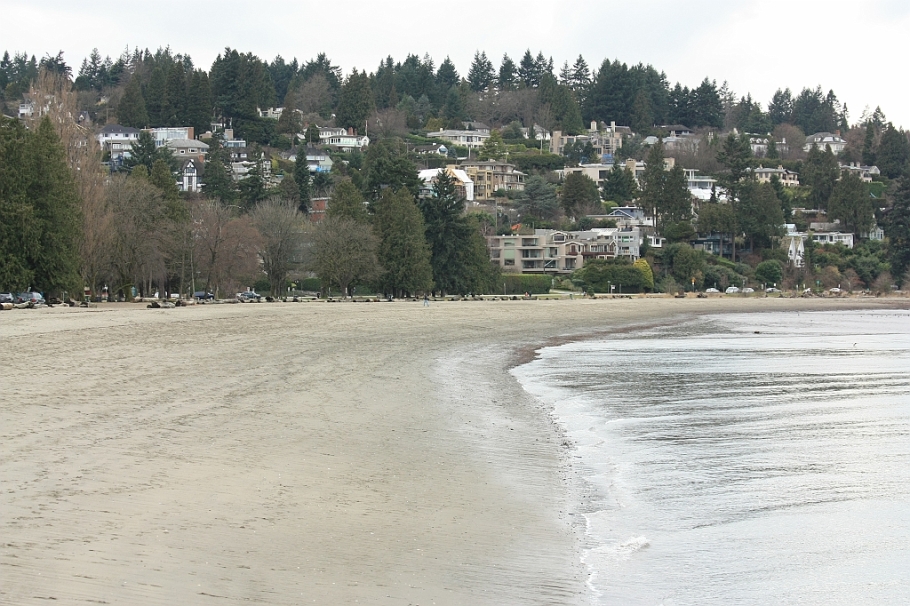 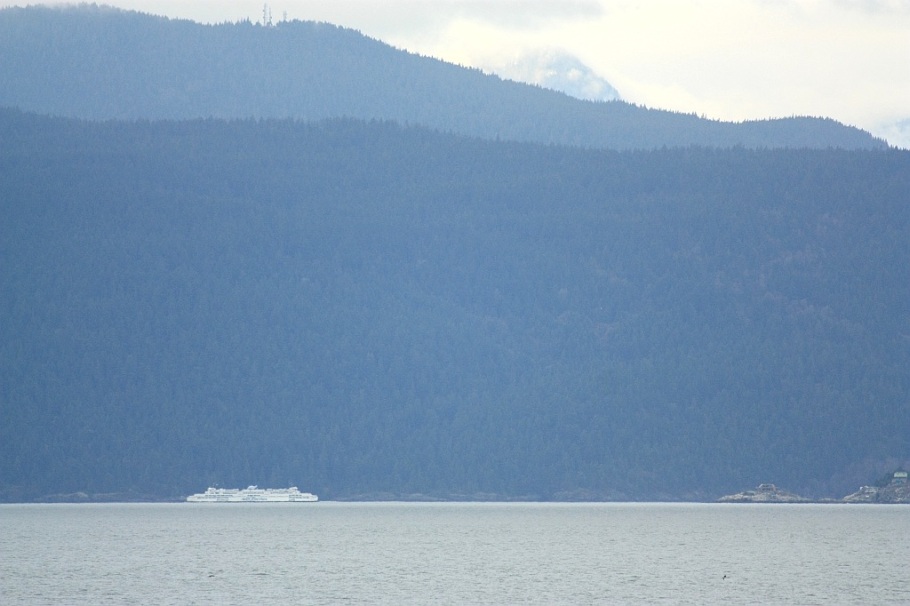 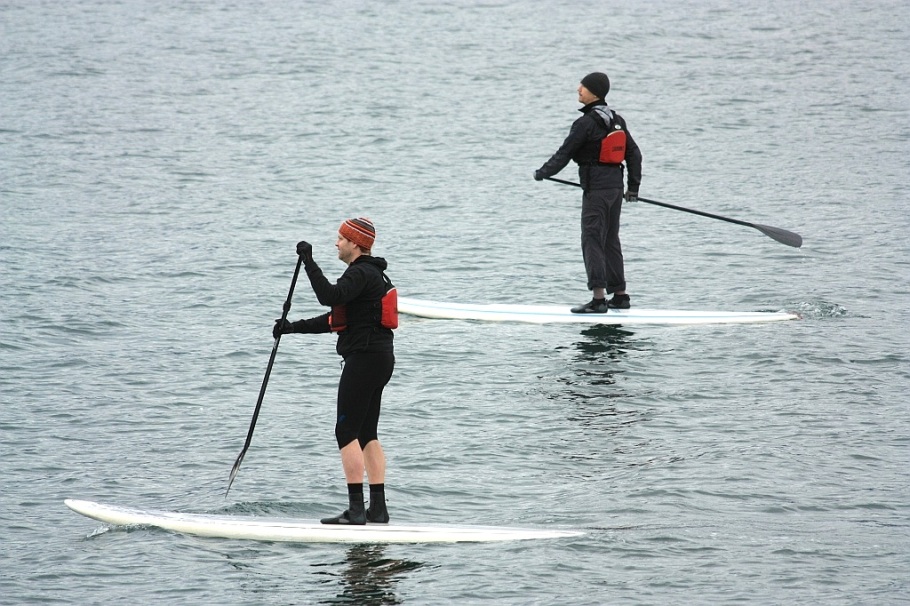 Heading out to open water

A day out, in mid-February 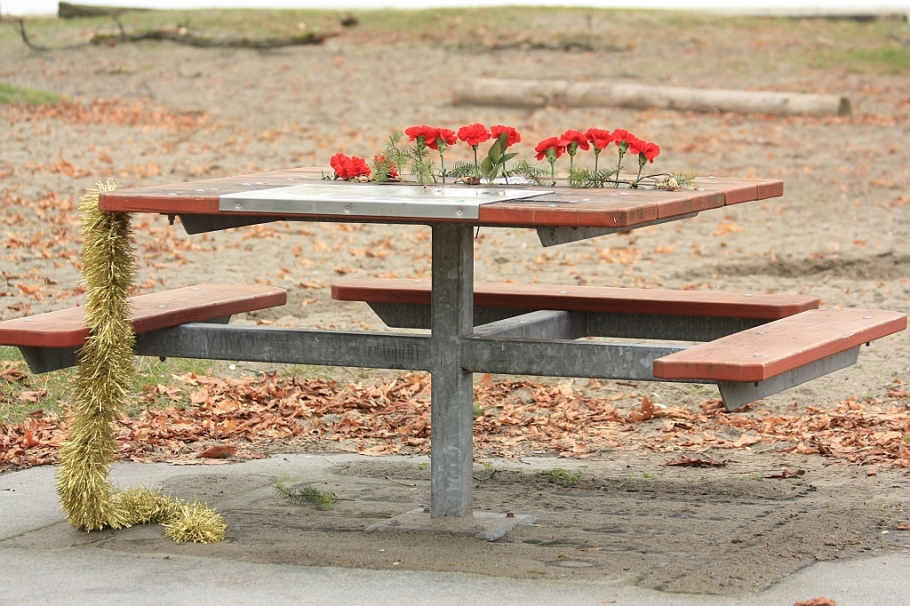 Could someone walk directly to the CBD? 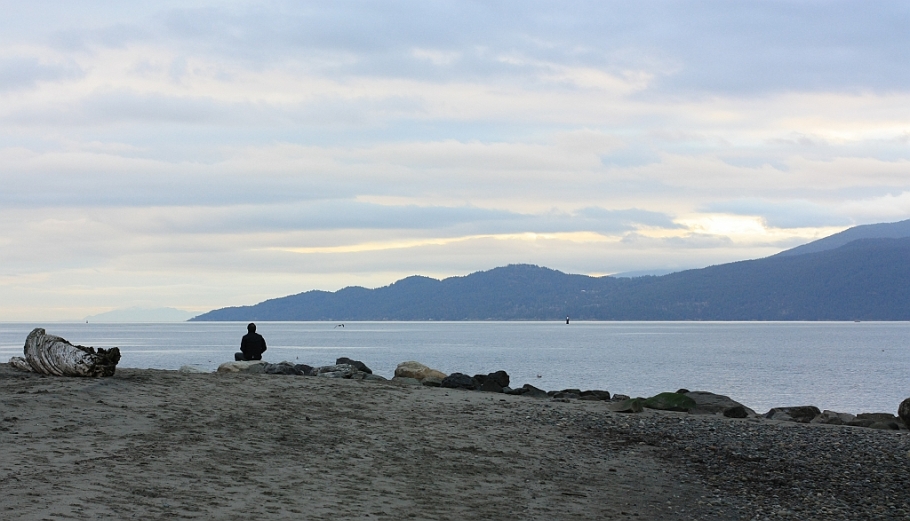 I made these photos on 11 February 2012; low tide was measured at 3pm local time with a height at 1.9 metres. This post appears on Fotoeins Fotografie at fotoeins.com as http://wp.me/p1BIdT-1Kb.