My friend, Bill, suggested a trip north to the Point Reyes National Seashore, about 30 miles (50 kilometres) northwest from San Francisco. A worry was the weather which in the middle of winter can get foggy and windy. The National Park Service description states:

(The Point Reyes Lighthouse …) still stands in its original location, having weathered over 135 years at what is considered to be the windiest, foggiest location on the US west coast.

But on this New Year’s Day, the sun was out, with temperatures in the low- to mid-60s F (+15 to +18C), a good breeze, and no fog in sight, providing ideal conditions to hang out along the Pacific Coast.

The Point Reyes National Seashore is a geologically diverse area, rich with history, flora, and fauna. The seashore lies adjacent to the San Andreas Fault Zone. The Fault (and Tomales Bay) bisects the territory with the lands of the Seashore lying on the Pacific tectonic plate to the west, and the Bolinas Ridge on the North American tectonic plate to the east.

In 1579, English explorer Sir Francis Drake is believed to have made repairs to his ship, the Golden Hind, with help from the Miwok inhabitants. Resembling the white chalky cliffs of Dover, England, Drake named the land “Nova Albion” or New England. Spanish explorer Sebastian Vizcaino sailed up the California coast in 1603, and anchored in what is now Drakes Bay during stormy weather. As his ships sailed back out to sea, Vizcaino named the area “La Punta de los Tres Reyes” to commemorate the day of the Feast of the Three Kings. 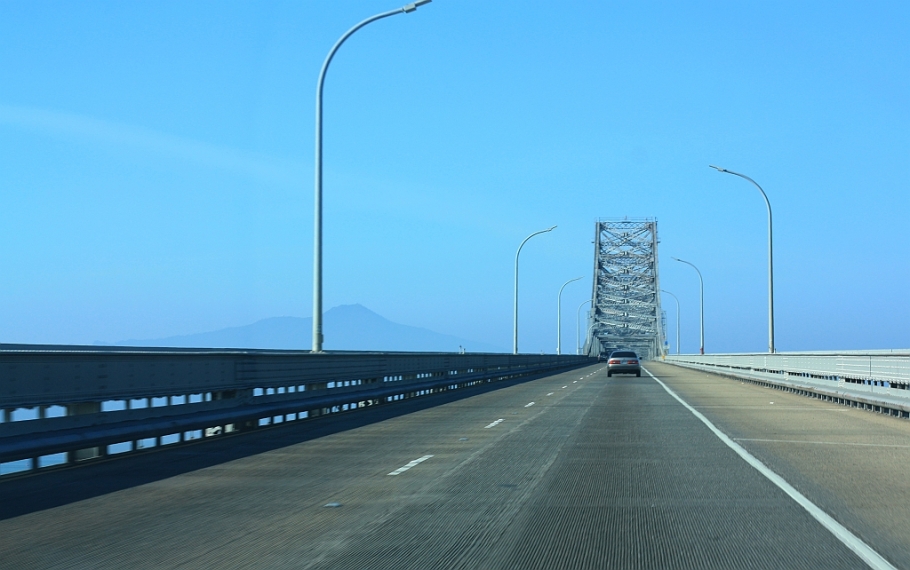 Westbound on I-580 (John T. Knox Freeway), to the east span of the San Rafael Bridge 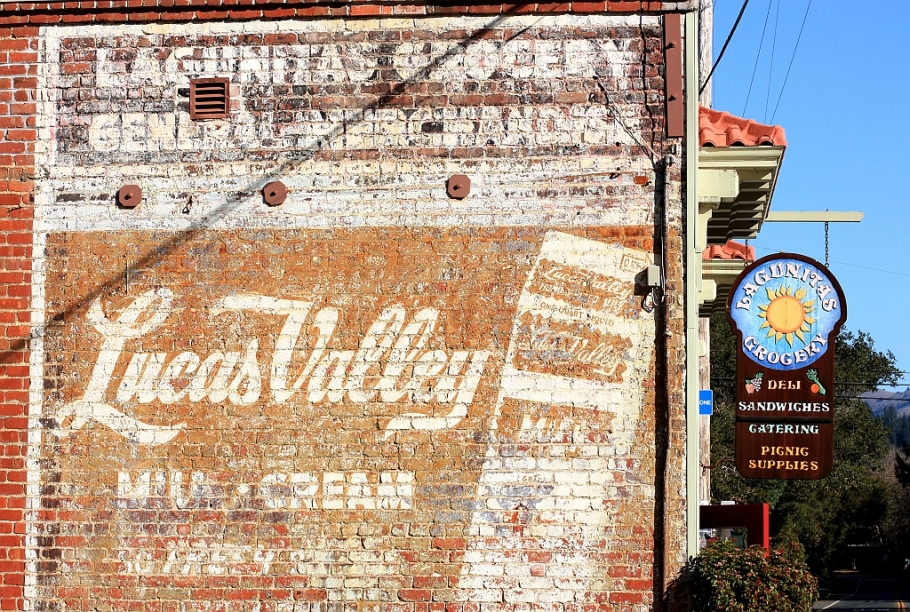 Continuing the convergence of near-perfect conditions with luck, we caught sight of Tule Elk (south herd) and elephant seals (and some new pups).

The tule elk population was hunted to near-extinction towards the end of the 19th-century. A new program began in 1978 to repopulate the numbers. The population of free-range tule elk has recovered some, and the tule elk now number a few hundred. One of the two free-range herds is located in the southlands near Drakes Beach, where the following photos were made.

“Big Daddy”: alpha-bull and his harem

The Point Reyes Lighthouse is located at one of the windiest and foggiest locations in North America. Completed in 1870, the lighthouse was manned until 1975 when the U.S. Coast Guard installed an automated light. Under bright sun, the Visitor Center on the upper cliff and the Lighthouse 300 feet below are in a beautiful spot. But it’s all too easy to imagine how foreboding and difficult the lighthouse would have been to maintain under thick fog, heavy winds, and driving rain. 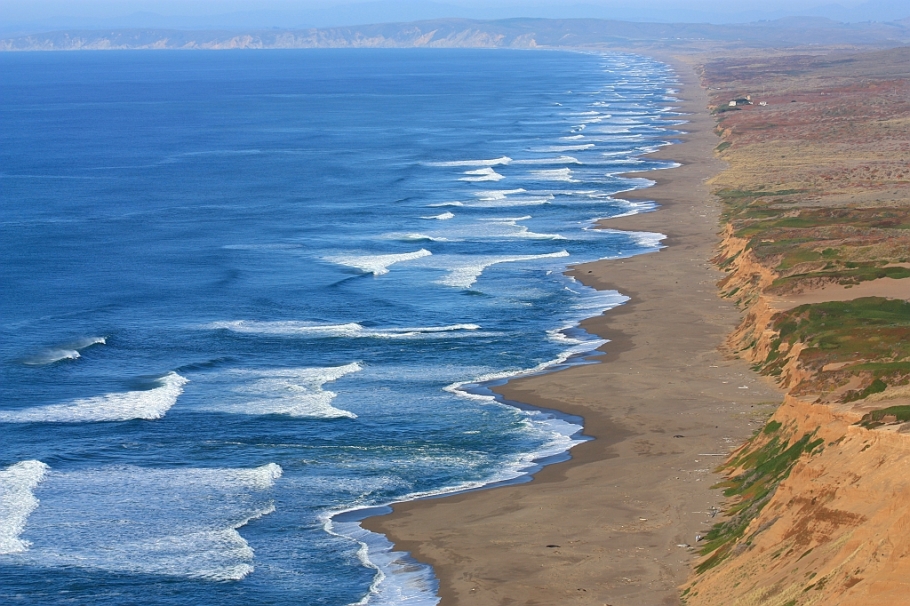 Pacific coastline: from the lighthouse towards Point Reyes Beach South 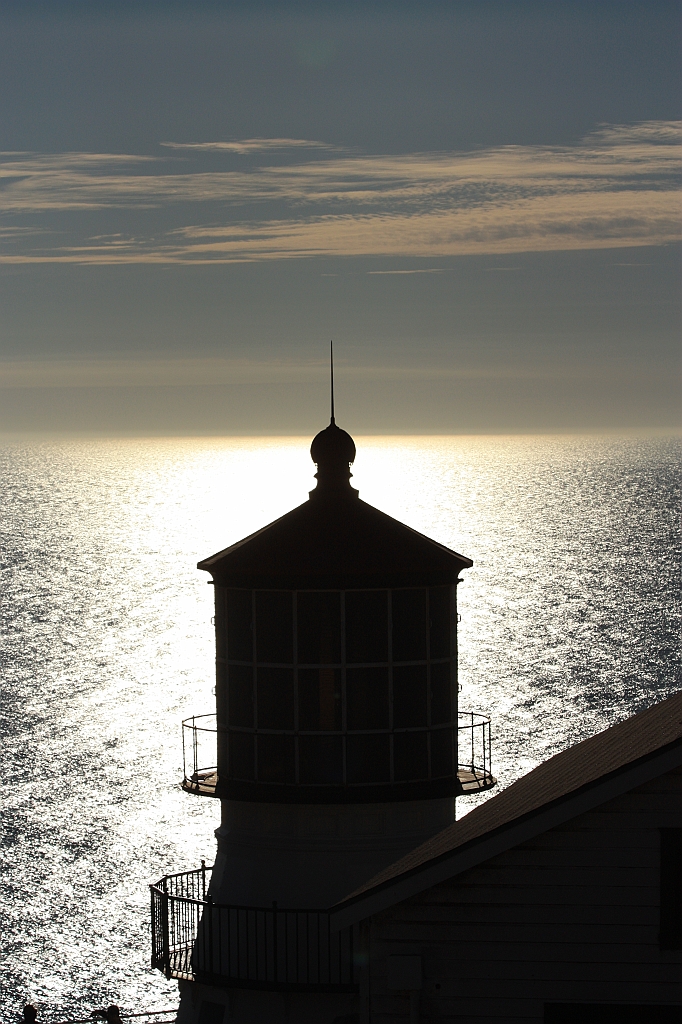 Elephant seals traveled up and down the west coast of North America. But like the whales, these seals were hunted to near-extinction for their oil-rich blubber. By the early 20th-century, hunting had been banned by the governments of Mexico and United States. In the 1970s, elephant seals reappeared at Point Reyes, after having been away for over 150 years. Now, these massive mammals now number about two thousand. 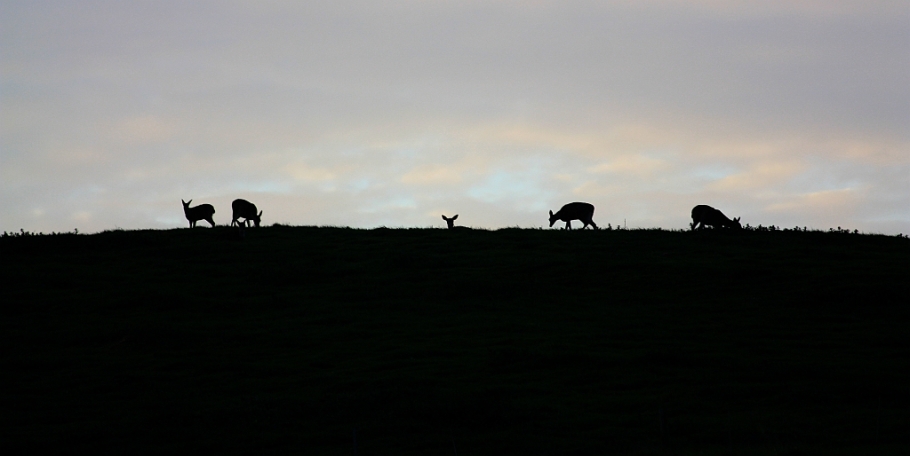 A good day closes with elks in silhouette

Directions to arrive at the Point Reyes National Seashore are described here. Public transportation is available but limited. The best way to visit is with a car to provide flexibility and capability to see the extent of the headlands. However, at certain times of the year, the only access to the Lighthouse and to the Elephant Seal Lookout at Chimney Rock is with the free shuttle-bus service to limit outside-traffic and its effects on the elk and seal populations.

I made all of the photos above on 1 January 2012 with a Canon EOS450D. This post appears on Fotoeins Fotografie at fotoeins.com as http://wp.me/p1BIdT-1fz.