The Elbtunnel in Hamburg, Germany marked its 100th year of service in 2011.

The first tunnel in Hamburg under the river Elbe opened for service to the public on the 7th of September 1911 after four years of construction. The Old Elbe Tunnel or St. Pauli (Alter) Elbtunnel carried pedestrians, horse-drawn carriages, and vehicular traffic between St. Pauli/Altona on the north shore to the docks and Steininwerder shipyards on the south shore. 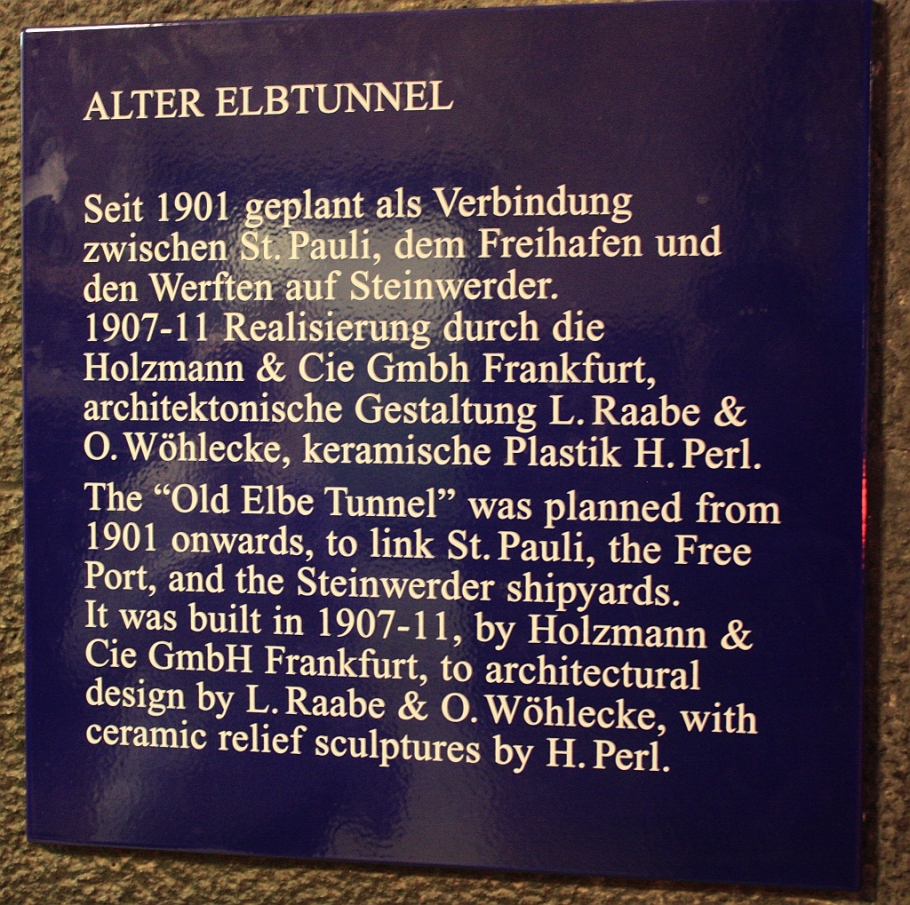 Today, the four lifts on each side of the tunnel continue to carry traffic from the surface to the tunnel 23.5 metres (77 feet) below. Motorized traffic can still use this tunnel but only within restricted hours, whereas pedestrians and bicyclists can freely use the tunnel 24 hours. But for all alike, there’s a nice half-kilometre jaunt (about a third of a mile) through this classic tunnel underneath the Elbe river. 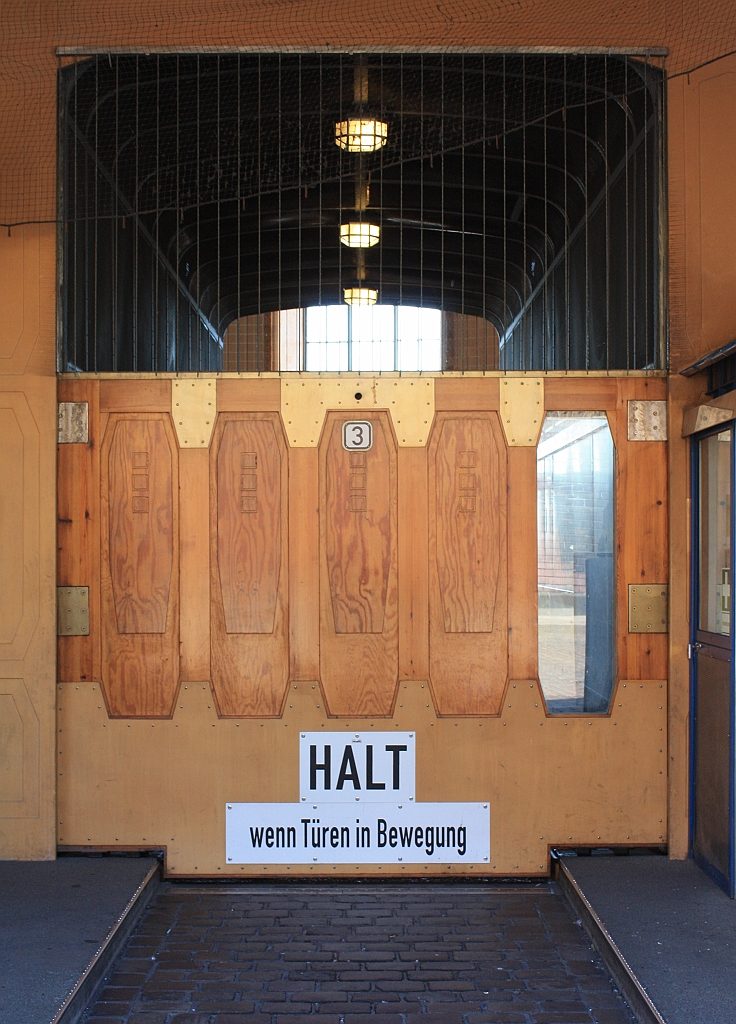 (One of) four car elevators or lifts. 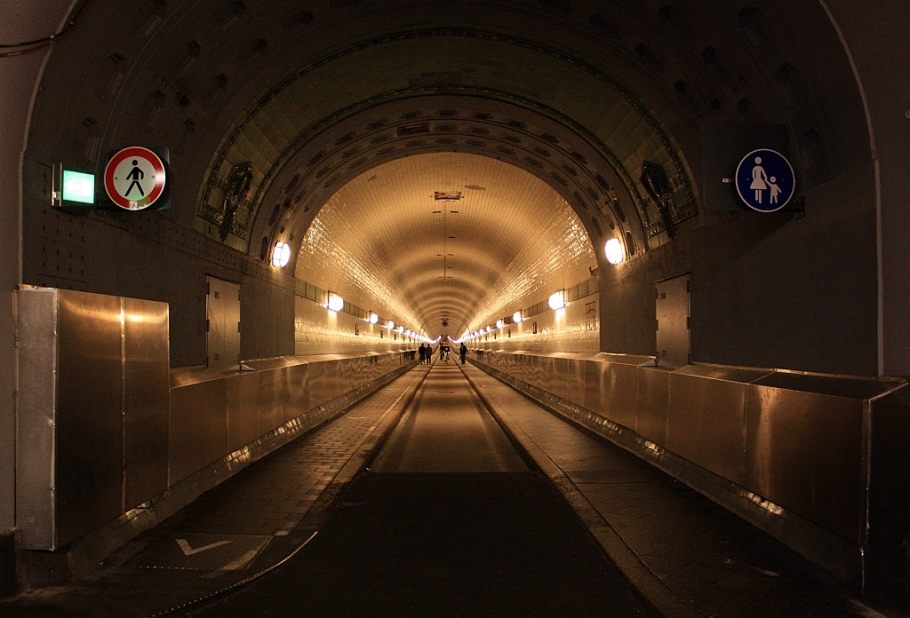 Down in the Alter Elbtunnel.

Back up to ground level at the Nordeingang (North Entrance).

To handle the high volume of traffic through Hamburg, other crossings have been built to handle most of the capacity. A second three-bore six-lane tunnel was completed and opened in 1975 for the (Bundes)Autobahn 7 (A7, or Federal Highway 7) through the city. The New or Neuer Elbtunnel was further expanded in 2002 with a fourth-bore (two additional lanes) to account for ever-increasing traffic, especially because the A7 is an important “motorway spine” through Germany. From Hamburg, the A7 runs north to Flensburg at the German-Danish border, and south across the length of the country to Füssen at the German-Austrian border.

The Deutsche Welle online Media Center has a slide-show (in German) about the history of the Elbtunnel. Additional “then and now” photos of the Old Elbtunnel are also available (in German) on the Handelsblatt website and on hamburg.de.

I made the photos on 26 and 27 June 2011. This post was originally published on Fotoeins Fotopress at fotoeins.com as http://wp.me/p1BIdT-ww.