After having deplaned from my flight from Curitiba, Brazil, I was in Montevideo airport waiting for a second flight to Santiago de Chile. With the layover, I had some time to publish another blog post, and began writing this present post.

My friend and photographer, Paula Anddrade, works incredibly hard, fights for her vision, is very smart and thoughtful about her plans, and is simply a beautiful woman. It was great to have seen some of her early work, and it’s been a big thrill to see just how good she is and how her craft continues to develop with each passing day. I’m very grateful to have made the trip across the continent to spend some time with her.

I also had the pleasure of meeting and chatting with DJ Bibba Pacheco, whom Paula has photographed over the last few years. We were all invited to Bibba’s niece’s 9th-birthday party at their family farm just outside of town. Bibba is an ambitious, well-spoken, lovely woman, and has produced some pretty cool house-mixes. 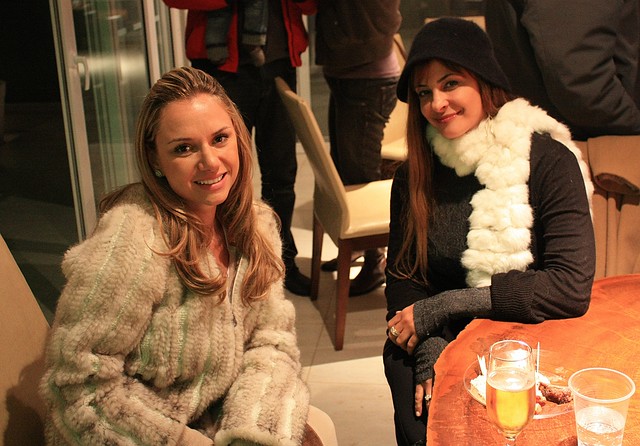 I was able to sample some of the best food Curitiba had on offer. I really enjoyed the food, as I became especially addicted to the state dish of Paraná, barreado, at first glance and first taste, and the ever ubiquitous farofa. A geographically large nation with a diverse population, Brazilians have good sense to use something other than sugar and salt in their cuisine.

I’m definitely going to remember lunch at Churrascaria Dom Gabriel, where the experience was basically like a “dim-sum or yum-cha” style of meat, meat, and more meat, where guys kept arriving at the table with newly grilled cuts of pork, chicken, and beef … oh yeah, there was an all-you-can-eat salad bar. Another lunch at Madero (Jaime Reis, São Francisco) in Curitiba was also just as memorable, from the grilled palm to start, the picanha (rump steak) as the main, the Petit Gâteau for dessert, to the tiny cup of “doce de leite” at the finish. My photos don’t do the experience much justice, but it’s worth the try.

I was a little surprised at how Spanish was not well understood in southern Brazil. This only reemphasized to mind that Brazilians are a proud people and are proud of their language, by way of distinguishing themselves from their Spanish-speaking neighbours. I loved listening to the “zjschuh” sounds, the drawn-out vowels and syllables, and to the rhythm of the language. Clearly, Spanish and Portuguese are different languages, but their similarities did help in my being able to read the signage. I’d like to learn Portuguese someday, so I can say something other than “obrigado” or “com licença, eu não falo português”. On the other hand, which will I choose: Brazilian or European?

With Brazil hosting football’s quadrennial FIFA World Cup in 2014 and Curitiba as one of the host-cities, it would behoove the local tourism industry to increase the number of speakers who can also speak either Spanish and/or English. By 2014, I suppose it might not matter as much, because it’s often been said fútbol is itself an international language of the beautiful game.

For a city of over 3-million in the metropolitan area, Curitiba appears to have had a recent influx of big money with a new segment of the “nouveau riche”. Information technology, manufacturing, and automobile production plants are some of the big drivers of the local economic engine. Most would agree Curitiba is not the “prettiest” of cities, but there are some real natural and architectural gems in the area.

My first highlight was the Museu Oscar Niemeyer, where we were very happy to have seen the photographic exhibits by the English-Brazilian photographer Maureen Bisilliat, and the Hungarian-French photographer Bressai (“Paris la nuit”). Bressai’s work has generally been recognized as an influence on much of the photography in the 20th century, but I’m not sure how well Bisilliat’s work has remained within contemporary photography circles. Her work, particularly about African-Brazilians and indigenous peoples within Brazil, has a special intimate quality and deserves continued attention. 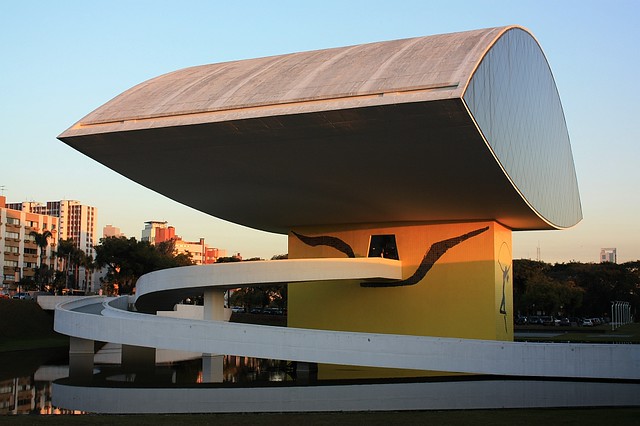 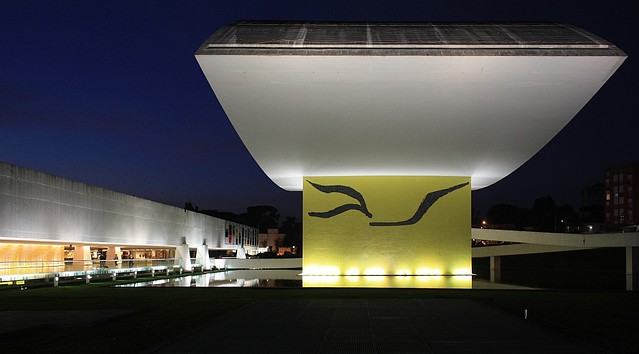 Highlight number two was the Serro do Mar (Sierra del Mar), or mountains of the sea. Curitiba sits on a plateau which is part of a large escarpment on the eastern edges of the Brazilian Highlands, running parallel with and descending quickly to the Atlantic coastline. Formed a relatively recent 50-60 million years ago, the escarpment is some 1,500 kilometres in length. The area is also part of the Atlantic Forest South-East Reserves, declared in 1999 as a UNESCO World Heritage Site. I think what’s impressive about the Serro do Mar is that on a clear day in Curitiba where it’s mostly flat around, one can make out the mountains in the distance. Within a 30- to 45-minute drive by car, one reaches lush tropical forest in mountains which reach a modest height of about a thousand metres or more above sea-level.

I needed the break from work and, especially, from my present country of residence. A week-long stay in Curitiba, Brazil with beautiful people, excellent food, and notable sights was just what I desired. “O Brasil é lindo maravilhoso!”

I have these parting thoughts:

We all make choices: the choice to stay, the choice to go. We have our reasons, and we make the most from our talent and ability in the best way we can. And so, I have two dreams. One is to become whole, a dream of standing on the beach, warm gentle waves lapping at my bare feet and I’m staring longingly out into the sea. In one hand, I’m holding a postcard with a picture – I’m standing in that picture. Two is for my other hand to be linked with yours … because I’ve found a way to leave.

This post was originally published on Fotoeins Fotopress at fotoeins.com.

One Response to “What I learned after a week in Curitiba”